The Nomad Cycle: How To Spend A Full Year Working Your Way Around The United States 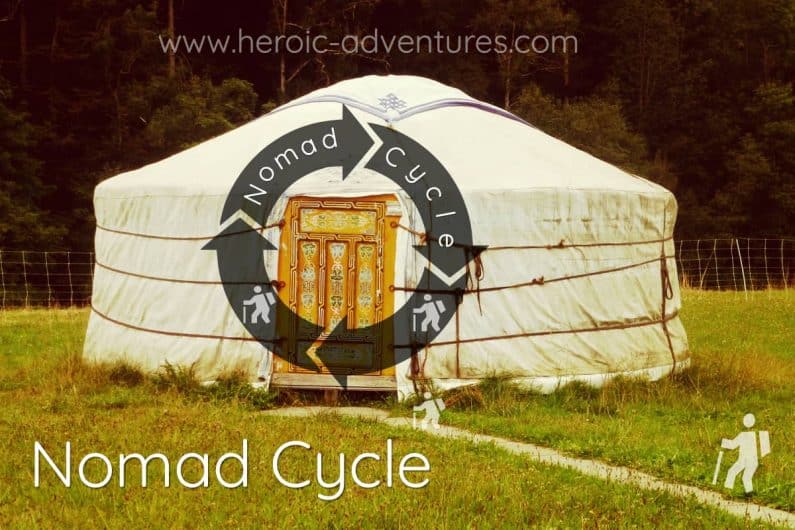 It’s perfectly possible to work your way around the country with nothing special in the way of education, experience or credentials.

Of course, if you have those things, there’s an even greater world of possibility open to you.

The jobs discussed below form a basic bedrock for full-time travelers and are accessible to just about anyone. 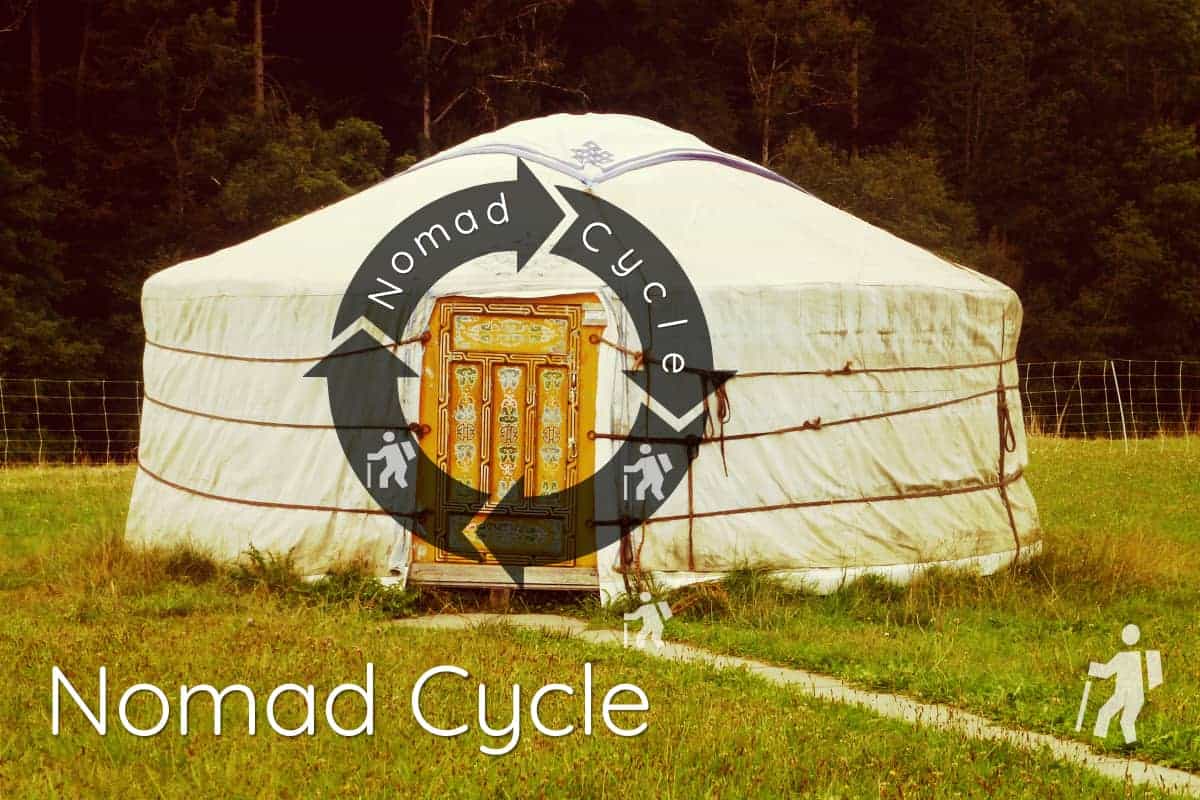 SPRING Nomad Work in the USA

There are jobs in Florida picking citrus fruits all year, but the really big season in which lots of temporary hands are needed is in the spring.

The hiring process generally begins in February for work starting in March and lasting for about three months.

Agricultural harvest work isn’t as rich in spring as it will be in summer and fall, but there’s at least one other big opportunity for those on the opposite end of the country — strawberries.

California produces most of the country’s strawberries and they are grown there all year, but the prime season begins in spring and carries on well into summer. 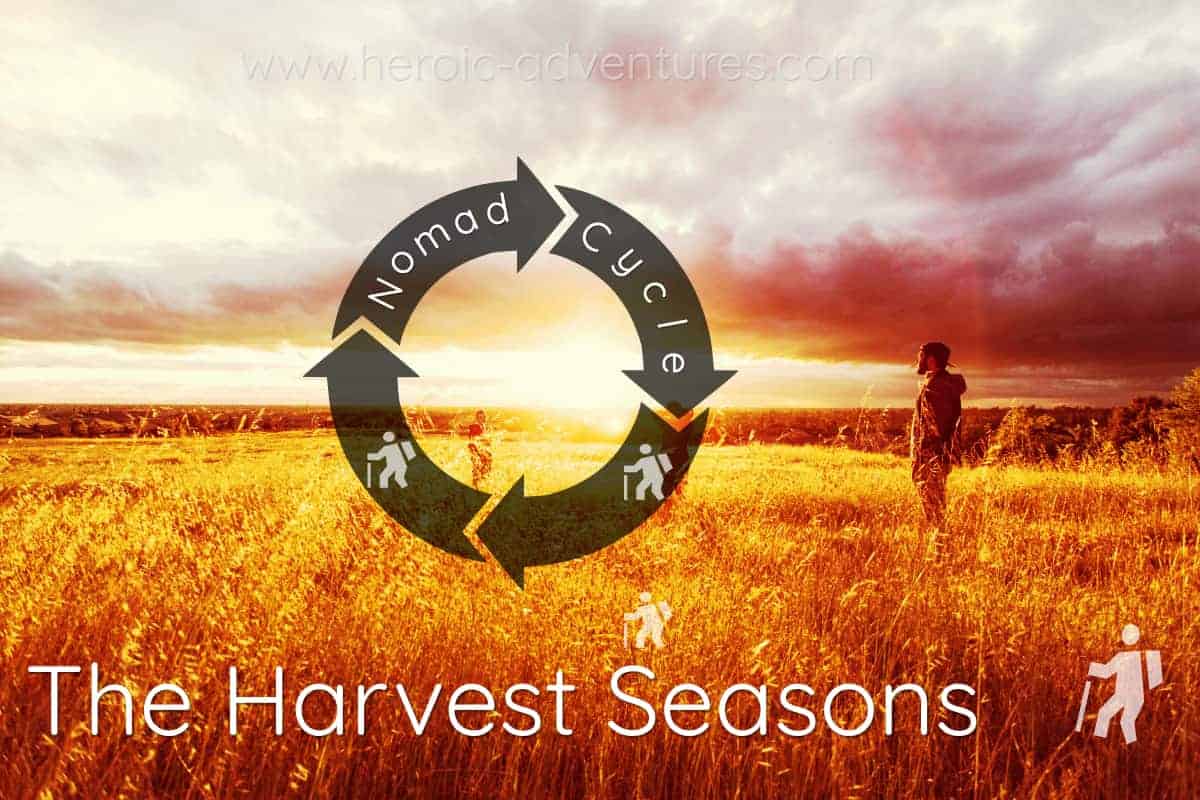 Spring is far and away the biggest season for home improvement projects.

Major retailers like Lowe’s and Home Depot will add tens of thousands of employees to their workforce just for the spring season.

This temporary hiring blitz also extends to a lesser extent to general retail chains like Walmart that have lawn and garden departments.

As with home improvement, spring is also the time in which gardening activity is at its peak.

Landscaping companies look for seasonal help not just out in the field but also in their offices.

The general theme of looking for temporary work in the summer is in going to where all the tourists are headed during the high travel season between Memorial Day and Labor Day.

One area where opportunities are plentiful is in parks and wildlife refuges.

For national parks, the U.S. Forest Service, Bureau of Land Management and the National Park Service are the best places to start.

National parks are the prime choice, as they offer decent hourly pay as well as often providing a place to camp or park an RV.

These positions exist at the state and city level as well, but these parks often only offer non-paid volunteer positions that come with only a place to camp or park as a perk. Jobs through private concessionaires are also available in these parks.

Cities and towns that are located next to the major parks see a corresponding rise in business, and therefore a need for temporary workers.

One prime example is the towns at the five entrance gates to Yellowstone National Park.

These gates span the states of Idaho, Wyoming and Montana in regions where there is not enough of a year-round labor force to support the summer rush. 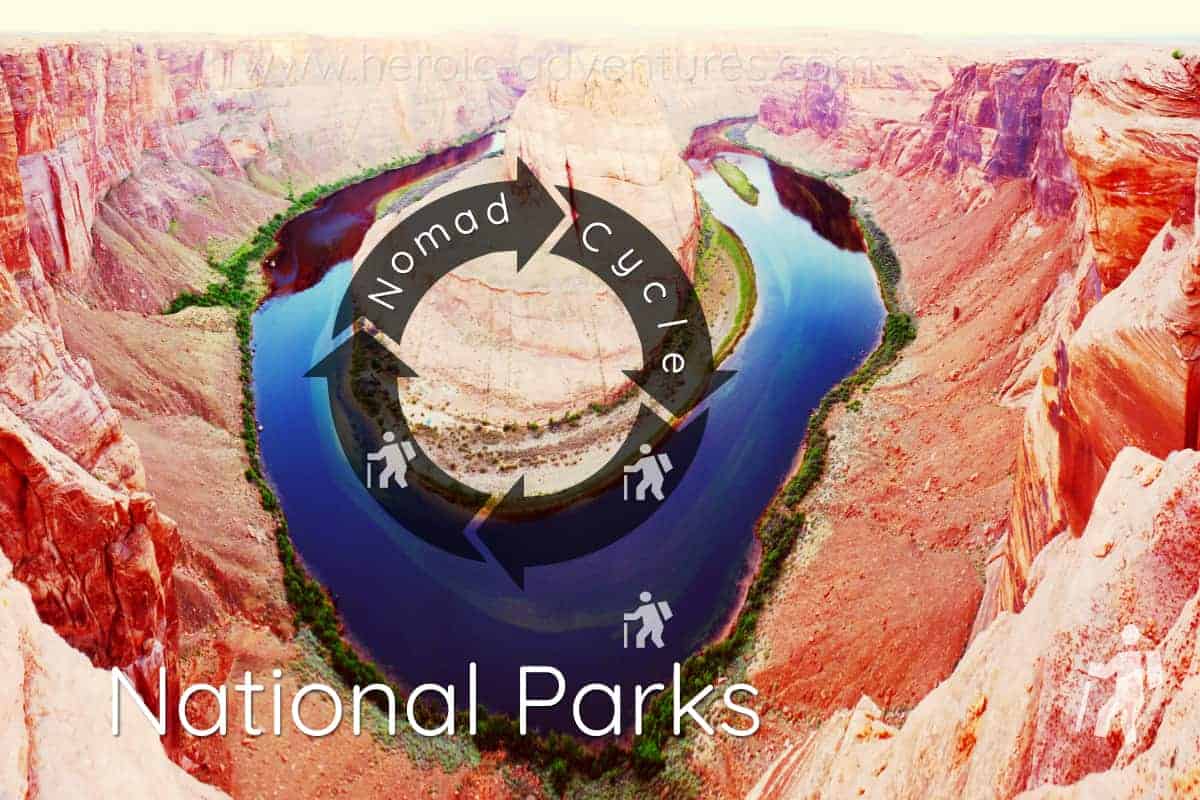 Private summer camps for youth also offer a range of opportunities for temporary workers, from camp counselor to chef.

If you’re interested in harvest work during the summer, the first big crop is the cherry harvest which begins in June.

This mostly happens in the states along the West Coast, but there’s a significant amount of cherry farms in Michigan and Wisconsin as well.

August brings both the blueberry and apple harvests.

Both harvests generally last into October.

They’re also both found mostly in the extreme northern corners of the country — Maine and New Hampshire in the east, and Washington in the west.

Summer fishing season in Alaska brings a great need for both workers on fishing vessels and workers manning the canning factories.

There’s such a regular and predictable need for this huge labor force that companies will pay for round-trip airfare for those who will commit to working the entire season.

Cannery workers are also put up in dorms and fed three meals a day, but the hours are long and the job involves standing for 12 hours surrounded by stinky fish guts.

The pay is better than most temporary labor jobs, however, with workers who stick out the summer often coming back with the better part of $10,000 in their pockets.

Las Vegas hosts the World Series of Poker from the beginning of June to early July every year.

About 1500 dealers are needed for this massive tournament, and the majority come from outside the area.

Pay is in the range of $20 to $30 per hour. You need some prior experience as a dealer for this job, but not a whole lot; it may be possible to land a job with nothing more than a solid training course completed recently.

You don’t have to worry about the notorious stink of cigarette smoke that plagues the dealer’s profession either; smoking is not allowed in the table area during the tournament. 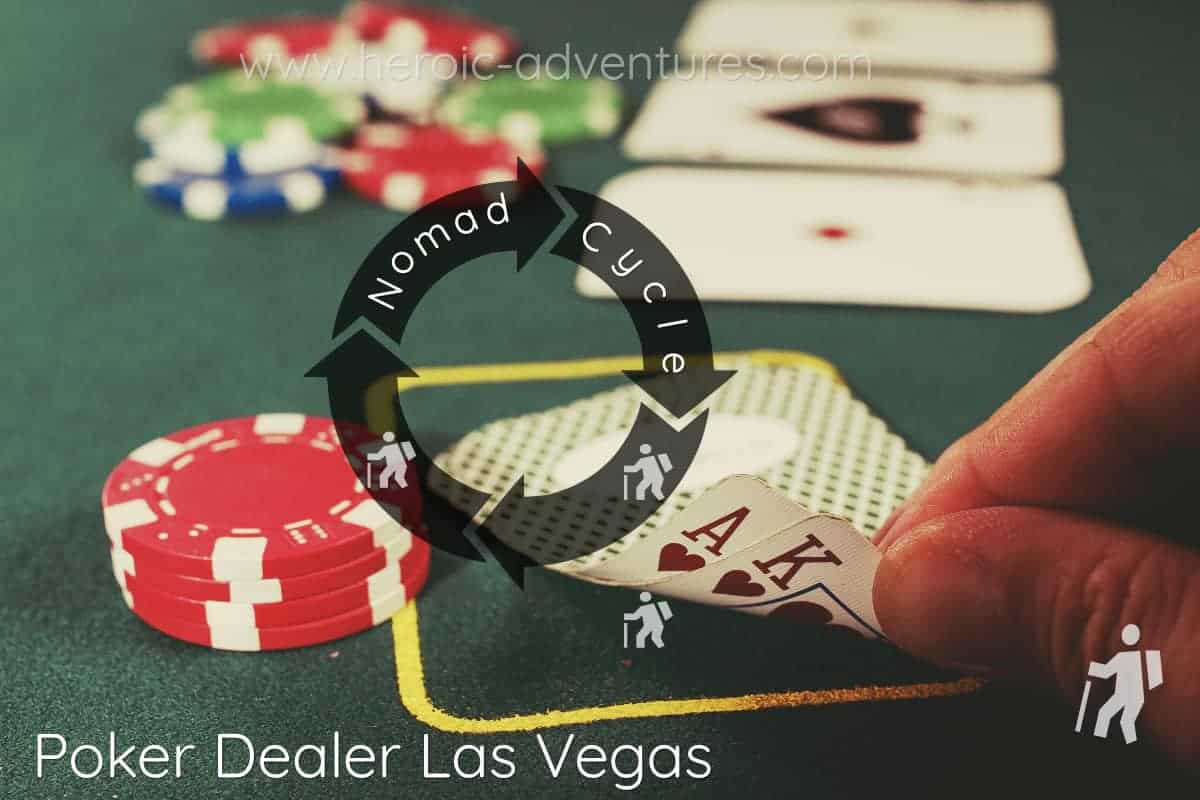 You can find temporary festival work here and there all over the country all year long, but summer is the prime season.

You shouldn’t have to go too far to find a major music festival, renaissance fair or similar event that runs for at least several days and needs a small army of temporary staff to set up, run concessions, clean up and take everything down.

There are two major harvests that require thousands of temporary workers in the fall: sugar beets in the northwest, and cranberries in the northeast.

Montana is the center of the sugar beet world, while Cape Cod is an excellent starting point for cranberry work.

Sugar beet work is particularly attractive as it doesn’t involve actual picking of the beets. Workers instead work for one of the major sugar companies, who receive the beets from the individual farms that harvest them.

At the lowest level, workers sort and process the beets.

There are even more lucrative positions available for those who know how to drive a large truck, operate machinery like loaders and forklifts, or are trained in the use of the specialized processing equipment.

Cranberry picking starts in September, while the beet harvest work begins in early October. If you’re stuck elsewhere in the country, you may find sporadic opportunities at pumpkin patches.

The hiring crunch for the Christmas season begins in the early fall.

Just about anywhere in the country, you’ll be able to get on with retail stores, shopping mall kiosk companies or package delivery services.

Amazon’s fulfillment centers make a strong effort each year to attract temporary workers for the Christmas season, especially those who live out of RVs.

These centers can be found in over half of the states in the country, with the largest number of them in Arizona, California, Indiana, Kentucky, Pennsylvania and Texas.

The Postal Service also hires thousands of extra workers at their mail sorting facilities throughout the country for the months of November and December. The application process for this generally begins in September and ends in early October.

Christmas tree lots generally open up just after Thanksgiving. They’ll be looking for temporary help until the holiday arrives. 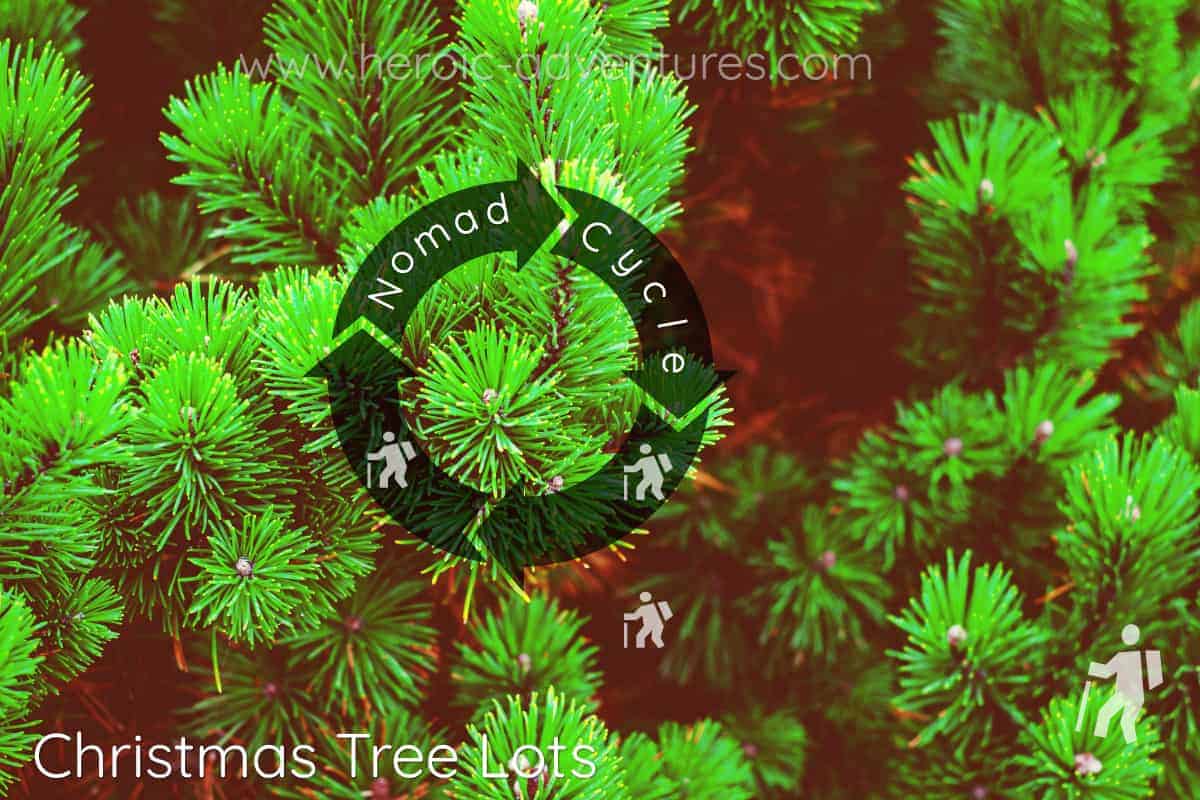 The mountain areas of California, Nevada, Colorado, Utah and Wyoming are the central places to look for these jobs.

The winter months are the toughest times for nomads, due to the combined lack of agricultural and tourist industry work.

Resorts in warmer climes may see something of an uptick in visitation during this time, in particular those along the Gulf Coast.

Many nomads ride out the winter simply by finding a place to settle in and working through a temp agency.

Not matter the shifts in the economy, there’s enough work out there for anyone to stay occupied all year if they are flexible enough.

Of course, there’s nothing stopping you from working in some digital moneymaking ideas as well!