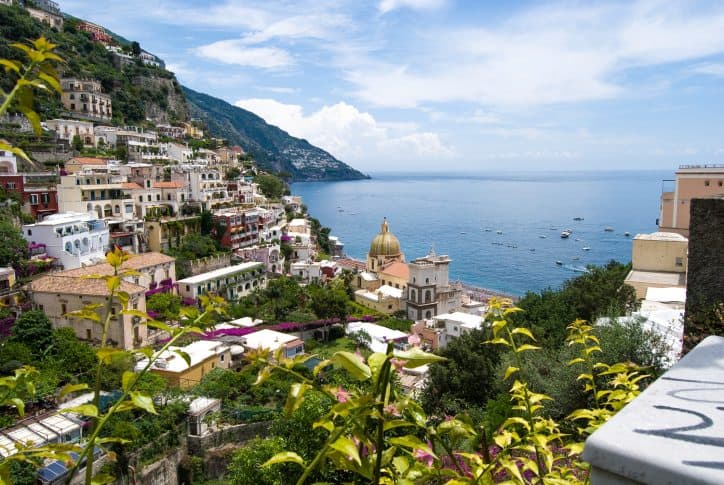 Looking to experience a true taste of Italy?

Cross Rome and Milan off your list and head south to Italy’s “heel” – Puglia.

Still largely untouched by tourists, Puglia boasts beautiful coastlines, rich history and some of the best cuisine in all of Italy.

When you are looking to take the off-beaten path, be sure to visit these 10 towns on your next trip to Italy:

Alberobello is perhaps most famous for its trulli constructions. These charming limestone structures feature a conical roof and date back to the 14th century. The town is now considered a UNESCO world heritage site and features more than 1,500 trulli. Today, these buildings are used for lodging, shops and restaurants.

Alberobello is a town that is best enjoyed on foot. The cozy, uphill streets surrounding the trulli are inaccessible by car, which provides the perfect opportunity to really explore the town’s shops, converse with the locals and take in the beauty of this ancient site. All of that walking is sure to build up an appetite. Be sure to make a stop at La Cantina to experience local, authentic cuisine.

No trip to southern Italy would be complete without a visit to the baroque town of Lecce. The town’s brilliant limestone buildings feature intricate details that rival some of Rome’s architectural masterpieces. Dubbed as “The Florence of the South,” this 2,500 year old town still relies on its sale of wine, ceramics and olive oil to thrive.

Among the must-see sights are:

Known as “the White City” (or La Citta Bianca), the whitewashed town of Ostuni is home to narrow streets, ancient architecture and stunning views. The town sits atop a hill where many of its city streets provide spectacular views of the Adriatic Sea. Must-see sights include the Piazza della Liberta and Duomo di Ostuni. For those with a sweet tooth, Amado Mio offers some of the best gelato in town.

Gallipoli, derived from the Greek Kallipolis, means “beautiful city.” This charming fishing village features a historic section of town with rich limestone buildings and a 16th century bridge. The town’s Baroque Sant’Agata cathedral was built during the 17th century and is featured in the town’s center. Views of the sea can be enjoyed from just about every street corner.

Polignano a Mare is a small coastal town in the province of Bari. Sitting atop of a 20-metre high cliff, the town boasts fantastic views of the Adriatic Sea and is home to one of Italy’s most well-known musicians: Domenico Modugno. Domenico is most famous for his international hit song “Nel Blu Dipinto di Blu,” more commonly known as “Volare.” If that isn’t enough to entice you to visit Polignano a Mare, the Hotel Ristorante Grotta Palazzese might be. This hotel/restaurant offers views of the cliffs that simply cannot be beat. Dine inside the cavern and enjoy sea views throughout the evening. 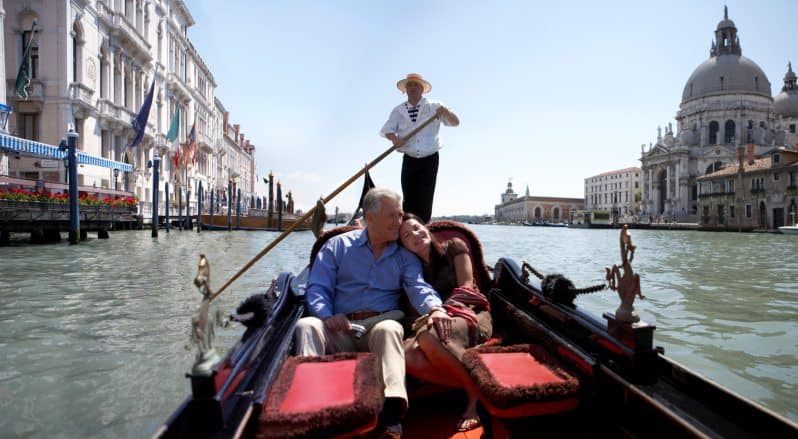 Those who are looking for some peace and quiet will fall in love with Gargano National Park.

Located in Monte Gargano, the park features a set of winding roads that brings visitors to the very top of the mountain.

The views of the Adriatic Sea from the mountain top are unparalleled.

Along the way, drivers will find wandering goats and cows that meander their way along the streets and nearby forests. This is the perfect day trip for nature lovers, campers and hikers alike.

Trani may be a small town, but it features a number of excellent sights, including the Trani cathedral and ancient castle. Both structures are located along the town’s port and are easily accessible by car. In addition to historical sites, the town features a number of quaint shops and excellent restaurants.

Monte Sant’Angelo is located along the slopes of Monte Gargano.

The town’s most famous attraction, The Sanctuary of Monte Sant’Angelo, is a tribute to Michael the Arch Angel. The church is located within a grotto, where St. Michael is said to have appeared. The church and its surrounding buildings are open to the public.

Many film buffs are already familiar with the town of Matera. Within Matera, the ancient “stone city” known as Sassi di Matera was the location for the crucifixion scene in Mel Gibson’s Passion of the Christ. This prehistoric settlement features homes that are built into the rocks themselves. Within the town, there are many monasteries and churches to explore. Thanks to the attention the town received from Hollywood, many pubs and hotels are also located in town.

The famous spa town of Margherita di Savoia is home to one of the largest and oldest salt mines in Italy. In fact, the city’s giant salt pyramids are one of the first things to greet you when you enter the town.

These salt beds cover nearly 4,500 acres of land. Travelers will find flocks of wild flamingos and a plethora of other bird species when visiting the town.

In addition, there are a number of excellent beaches and cozy bed and breakfasts located along the coast.