All About Sushi – Japanese Vinegared Rice 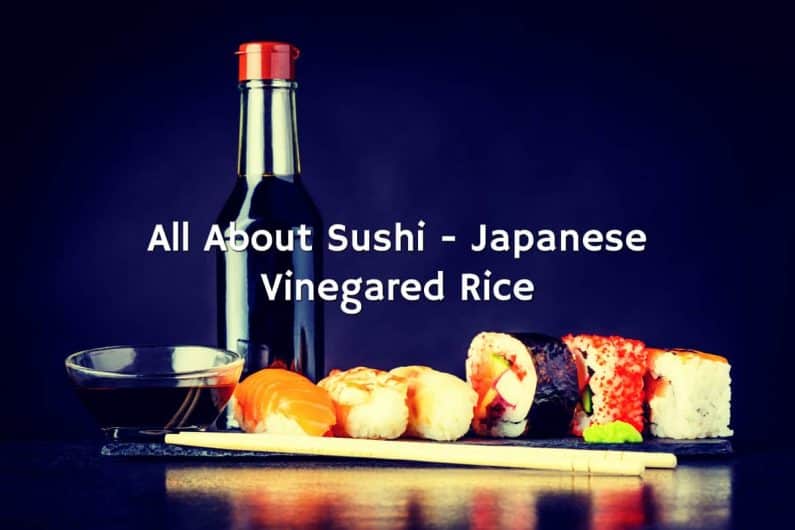 It’s a common misconception with Japanese cuisine that sushi means raw fish, and while the jokes about eating it for the first time can be funny, it’s also misleading.

Like this old chestnut: A couple walk into a Japanese restaurant and pause to admire a tank full of tropical fish. They ask the waiter what the fish are called. “Sushi,” the waiter replies. But as any good waiter would know, sushi actually refers to the vinegared rice, with which raw fish – called sashimi – is often served.

Sushi actually refers to the vinegared rice, with which raw fish – called sashimi – is often served.

Sushi is believed to have started 14 centuries ago, when a common method of pickling fish and rice gained popularity in Japan. 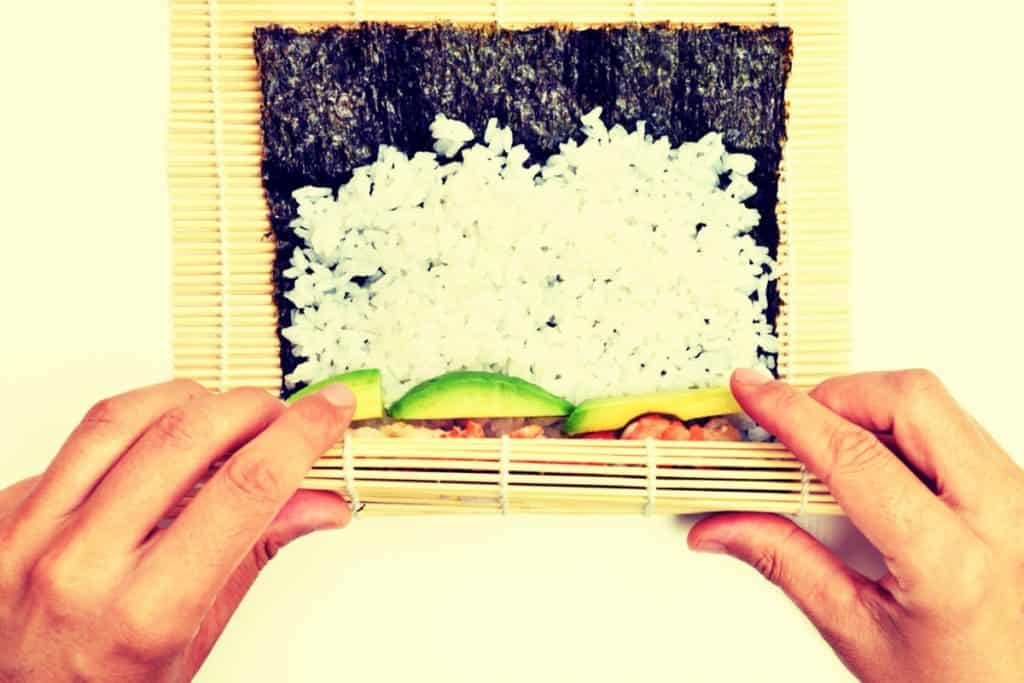 The fish was slit open and packed with rice, and as the whole thing fermented for anything up to two years it took on a tangy pickled flavor. Later this process was speeded up, and later still, 19th century food stall owner Hanaya Yohei started creating sushi dishes with vinegared rice and raw fish in Tokyo.

In the 1970s, sushi travelled to the US and other parts of the world, and became part of a new age food revolution. Out of the simple seaweed, rice and raw fish combinations came the California Roll, characteristically bigger than the Japanese delicacies and packed with fish, meat and vegetables and wrapped in a sheet of seaweed, or presented ‘inside out’ with the rice on the outside and the seaweed tucked away with the filling. 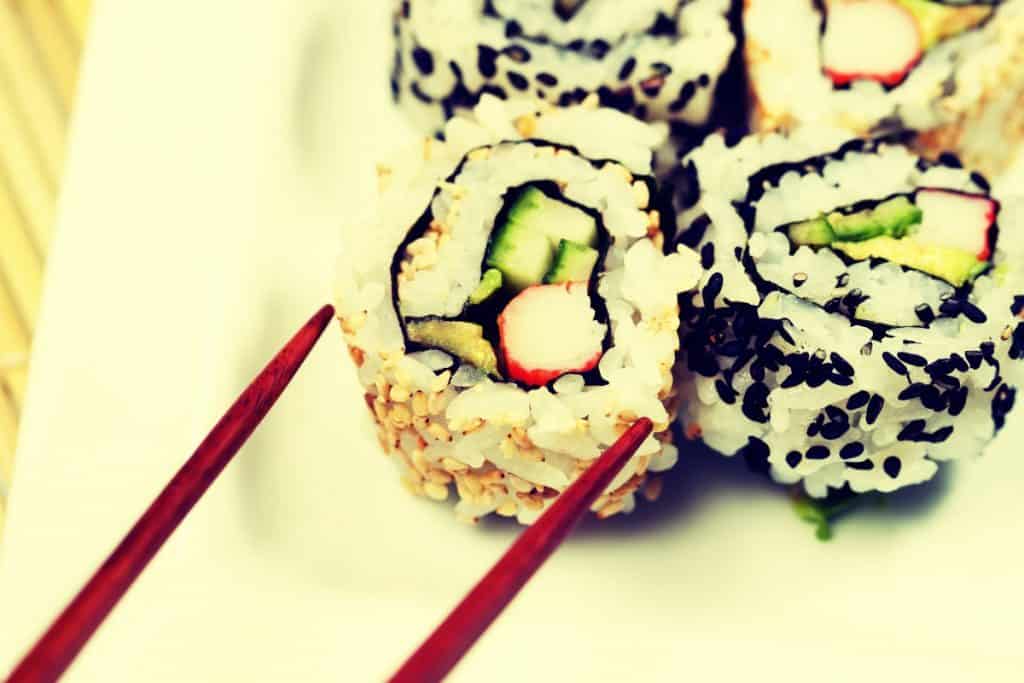 But Japanese sushi chefs continued to evolve the delicacies known collectively as sushi into ever more graceful art forms.

There are several different forms of sushi, including:

To make sushi at home you need to buy the right ingredients.

There are only two of them – Japanese short grain rice and sushi rice vinegar. You can get them both from an Asian grocery store. 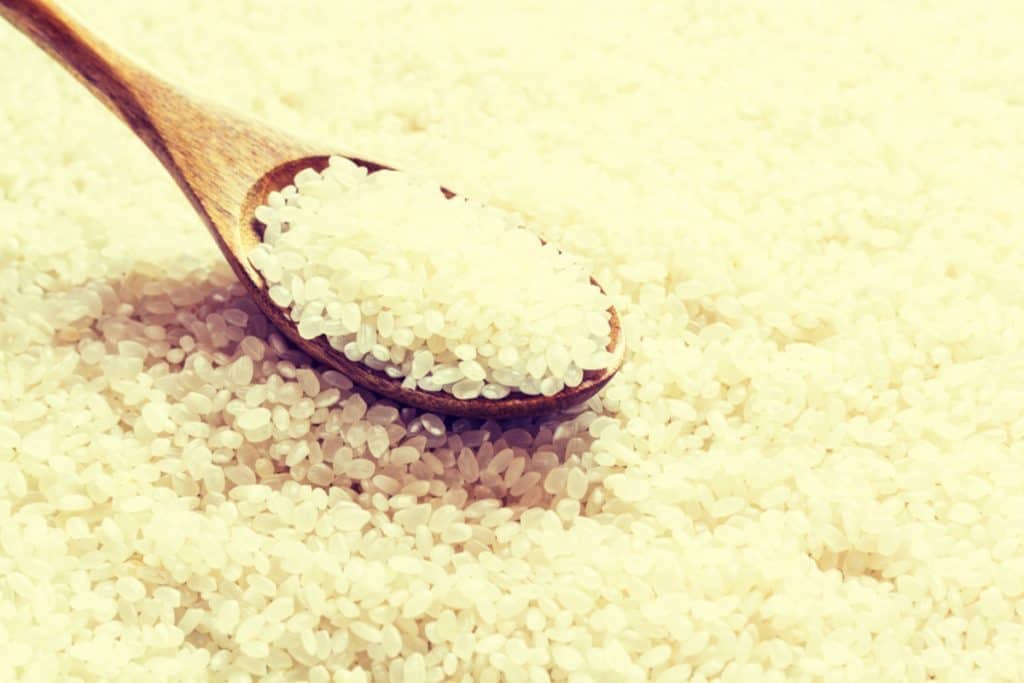 Your Asian grocery store may stock sushi rice vinegar, pre-mixed and ready to use.

If not, buy rice vinegar and mix half a cup of vinegar with three tablespoons of white sugar and 1 teaspoon of salt in a small pan.

Heat until sugar dissolves, and sprinkle over the rice in a non-metal bowl. Mix thoroughly with a spatula, and your sushi rice is ready to roll and shape, using a sushi fan as you work to cool the rice. Store any leftover sushi vinegar in the fridge.

Whether you choose to make maki, nigiri, oshi or chirashi sushi, it is important to have the freshest ingredients possible.

Raw fish, such as tuna and salmon, are among the most commonly used ingredients, but if you cannot obtain these really fresh from the ocean, you will be better off using canned, smoked or cooked fish.

Avocado is a popular ingredient in California Rolls and most sushi sold today, but you can also include carrot sticks, celery, prawns, crab, chicken, lettuce strips, tomato and cucumber. 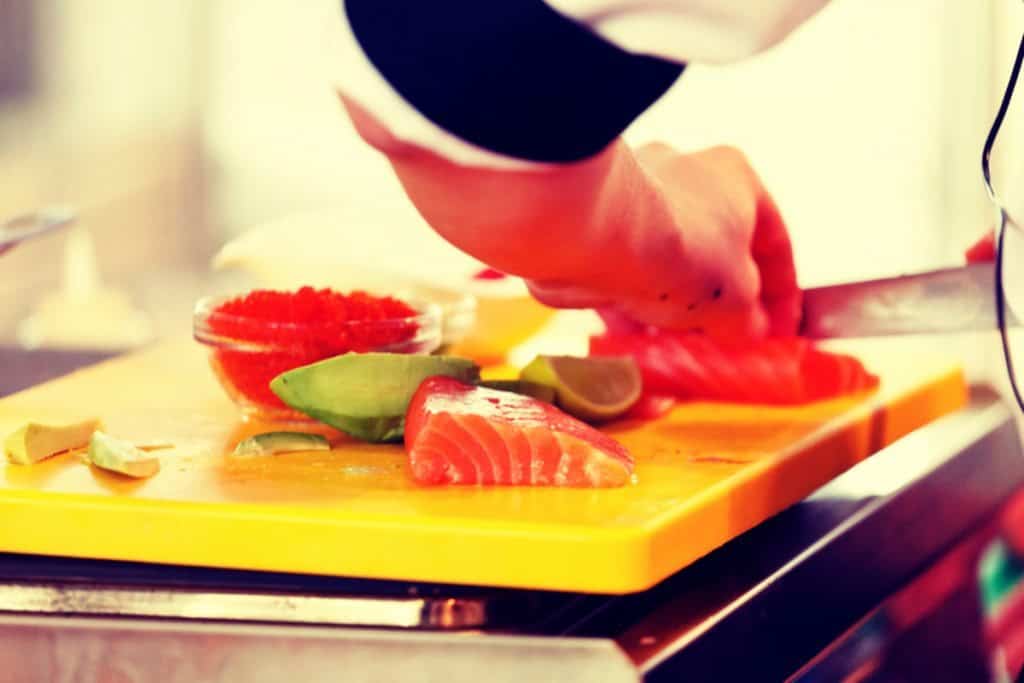 If you are rolling the sushi in seaweed sheets, a bamboo hand rolling mat (see photo above) will make the job easier.

This won’t stop people making jokes about raw fish, of course, but at least while you are laughing, you can gently correct them as you hand them your own delicious sushi creations.

Bonus: How to Make Sushi [Video]