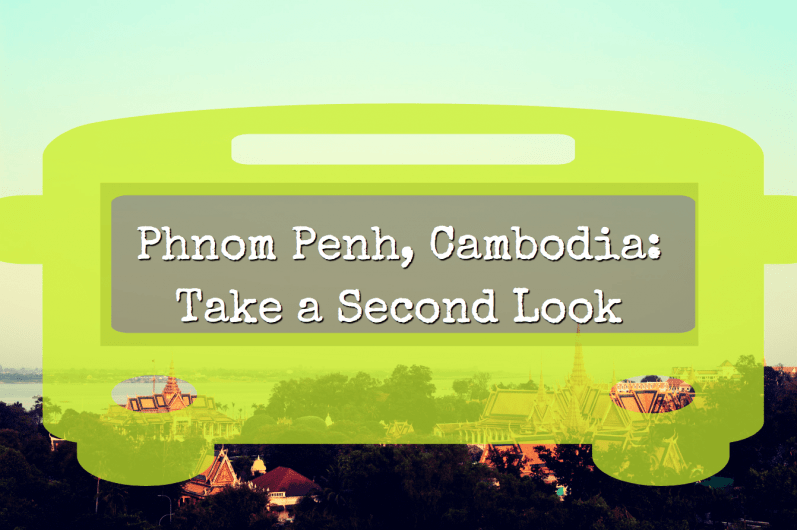 Phnom Penh, the capital of Cambodia, is often just a minor pit stop for tourists who land at the airport and almost immediately board busses for Siem Reap, the home of Angkor Wat, or the white sand beaches of Sihanoukville and its islands.

Phnom Penh, with its modern cafes and sky scrapers, French colonial buildings, and shopfront row houses mixed among gorgeous Buddhist temples and local markets, should not be overlooked at it really does have something to excite everyone.

Many travelers who take the time to see any part of Phnom Penh will simply grab a tuk-tuk and zoom off to visit the more popular tourist attractions such as the Royal Palace and the infamous Killing Fields of Choeung Ek.

While important in their own right, these sites barely scratch the surface of a complex and engaging city that is undergoing massive and rapid change. 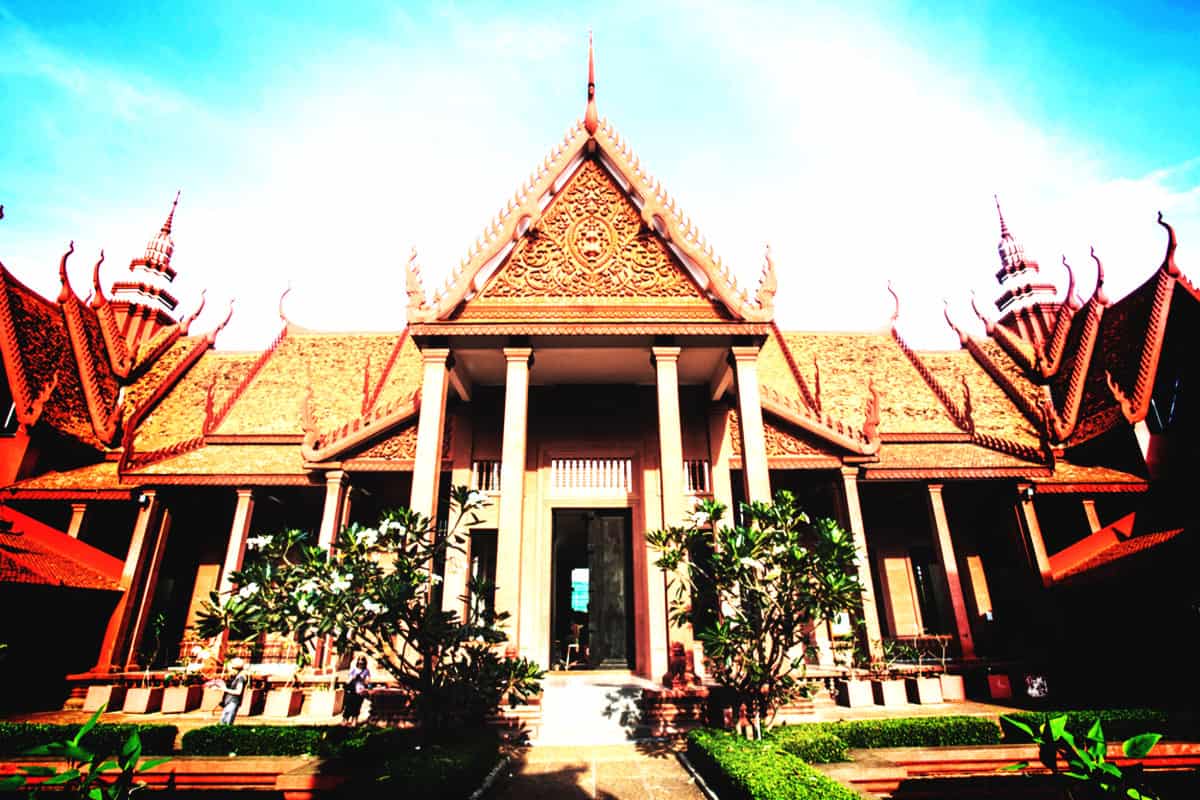 The National Museum for instance, located just behind the Royal Palace, offers a museum experience that is unlike most others. Most visitors quickly notice is that the museum is open air. The window openings are protected by large wooden shutters during the night, but when open, air, and sometimes birds, freely pass through.

Not surprisingly, the museum contains one of the largest collections of Angkorian and Pre-Angkorian artifacts in the world.

What is surprising however, is that the majority of this collection was gathered after the ouster of the Khmer Rouge in 1979 as they had abandoned the museum and destroyed most of the artifacts during their reign of terror. The museum also contains a small, but hopefully growing, collection of artifacts from Cambodia’s French Colonial era.

Nightly, behind the museum, a traditional dance show is held with young artists who are rekindling their culture of dance and music that was all but lost during decades of civil war, genocide, and rebuilding.

Stability has finally allowed the arts to return and the Traditional Dance show is one of the best ways for tourists to witness them. 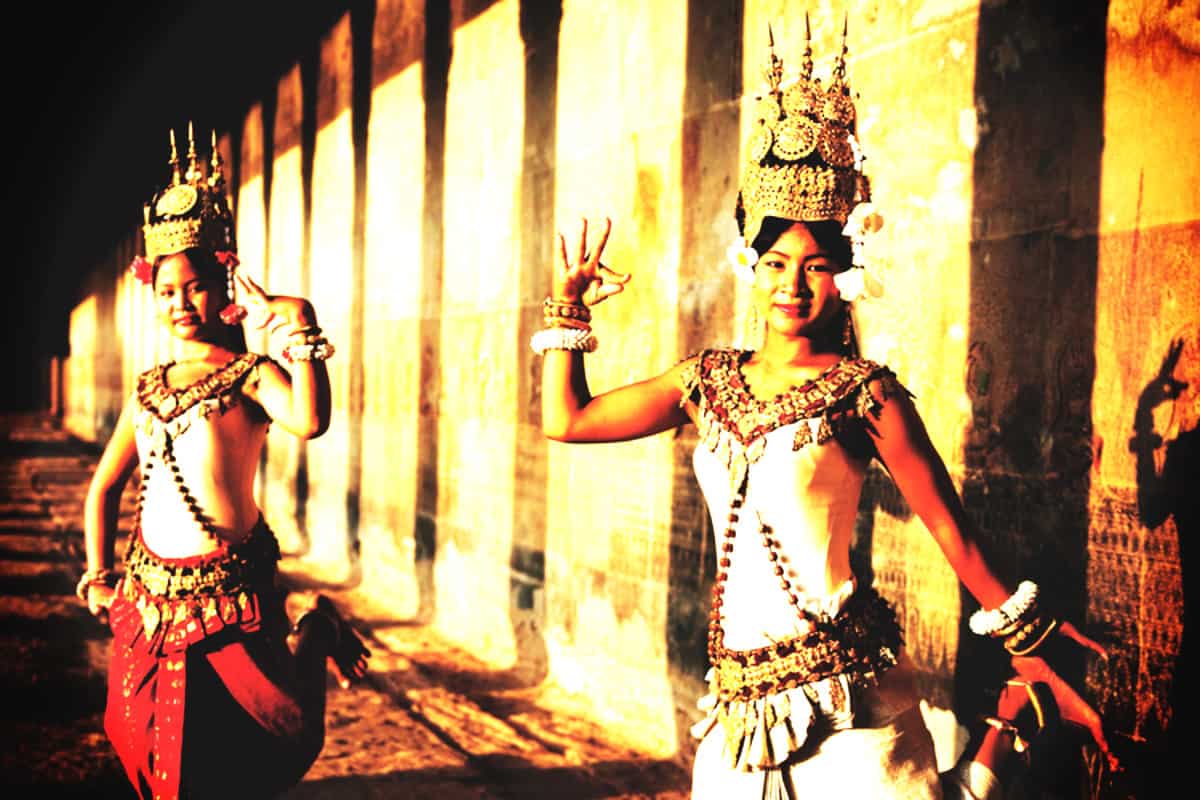 Like any large city, the local neighborhoods of Phnom Penh each have their own distinctive character and charm.

Walking the streets, or taking a tuk-tuk ride through a local neighborhood is a rewarding experience, especially if you are able to explore several different areas and witness a variety of locals going about their daily lives.

From the busy streets surrounding the riverfront packed with local street vendors, markets, and small shops to the much more upscale BKK1 area with its Starbuckseque coffee shops and a new Krispy Kreme, there is a neighborhood that will make most everyone feel at home.

Walking a neighborhood is also an excellent way to see the architecture of the area.

The ornate metalwork that makes up many of the common fences that surround most buildings and villas can easily be called works of art.

From the French colonial buildings with their curved corners and balconies to the hand carved roof brackets, the architecture of Phnom Penh does not disappoint either. 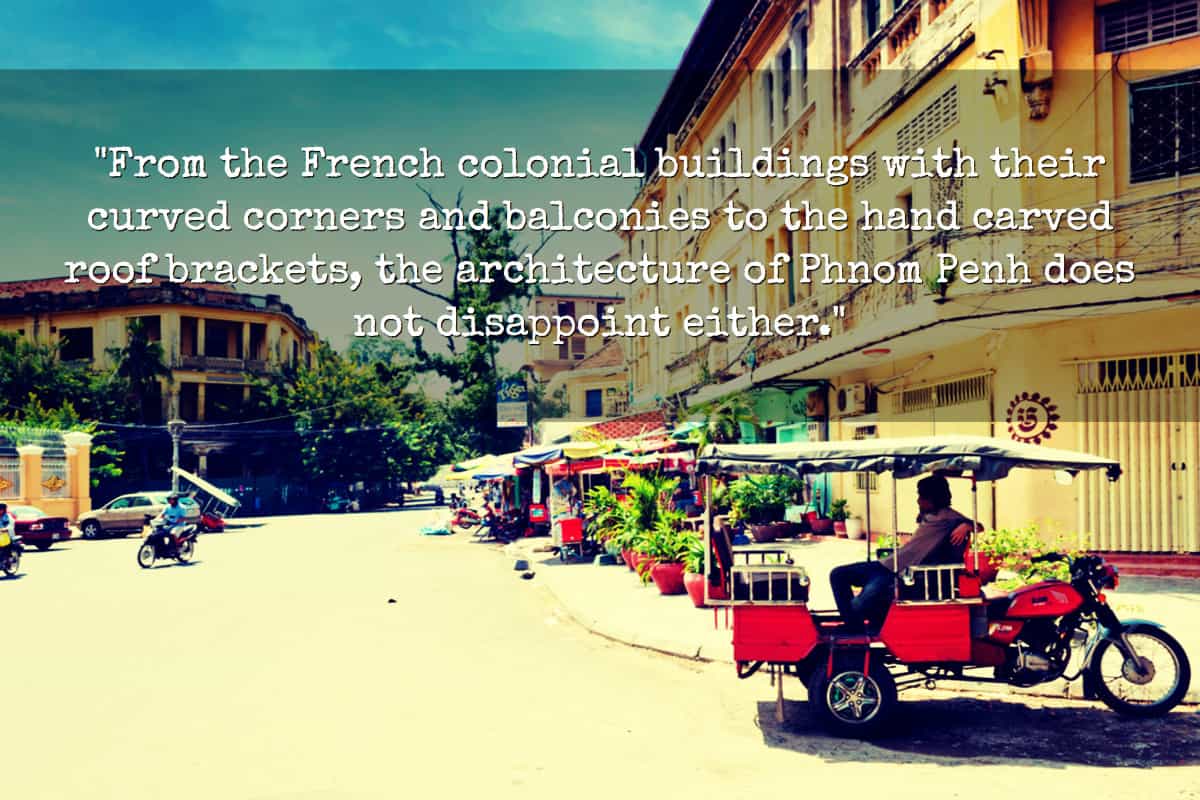 Many concrete walls, especially those surrounding the numerous wats (temples) around the city, are also intricately detailed and very worthy of close inspection.

For those who are interested in construction as well, Phnom Penh is growing at a phenomenal pace and new construction, in its concrete and rough brick form, can be seen all over the city in both low and high rise buildings. 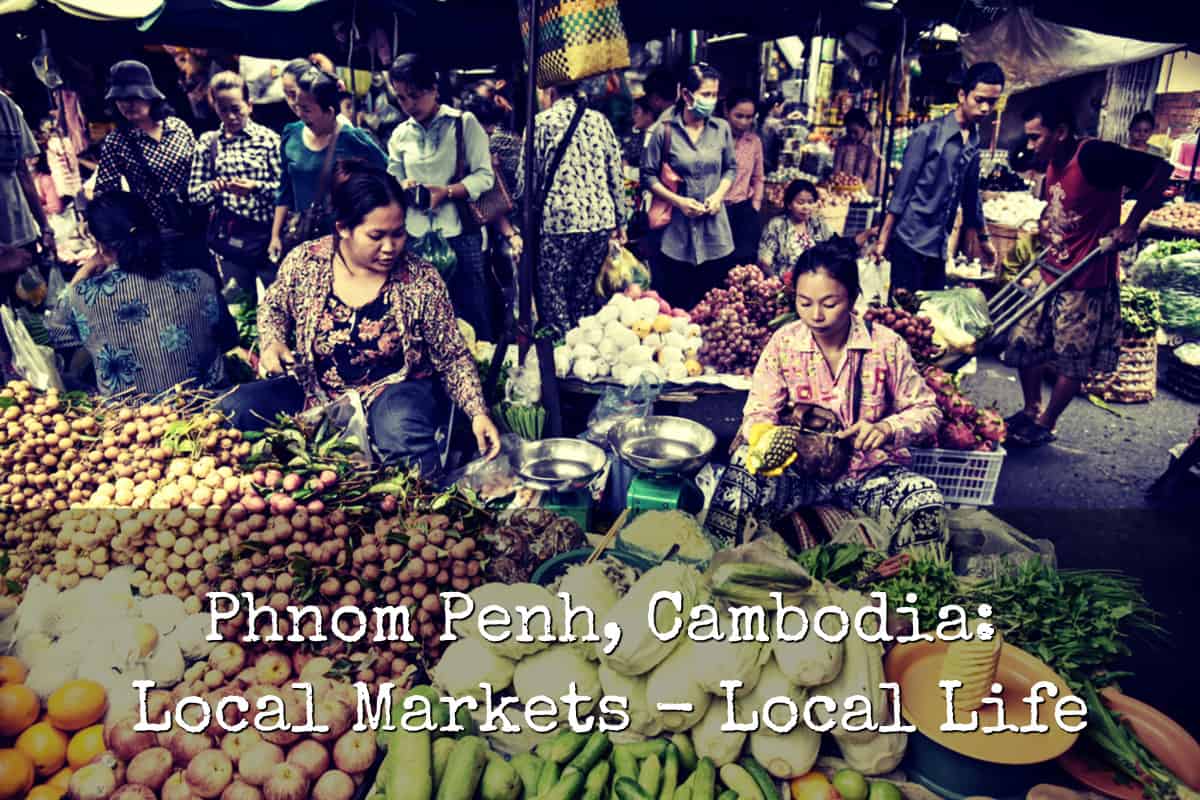 Most tourists who venture into Phnom Penh’s markets visit Central Market and more recently Toul Tom Pong market, commonly called The Russian Market. While each of these has its charm, there are many local markets where the people of Phnom Penh do their daily shopping.

Unlike Central Market or The Russian Market, local markets will have little to no souvenirs and instead will be stocked with fresh fruits and meats, tools, kitchen appliances, and other daily needs.

A local market is a great place to interact with Cambodians, witness the variety of foods and goods, and practice some of the common travel phrases like “How much is this?”.

Local markets are also an excellent place to dive into a fresh bowl of noodles or whatever is on the menu that day.

Cambodians are often friendly people and more than happy to help you through the buying process but remember that modest haggling is expected.

Even if you don’t purchase anything, seeing a local market is not an experience you will soon forget and for many is one of the highlights of any trip to Phnom Penh.

Phnom Penh, once known as the Pearl of Asia, is again an up-and-coming center of business and culture in southeast Asia.

Unlike in its past though, today’s Phnom Penh is not just limited to Asia but is becoming a truly international city that is a worthwhile addition to any traveler’s schedule. 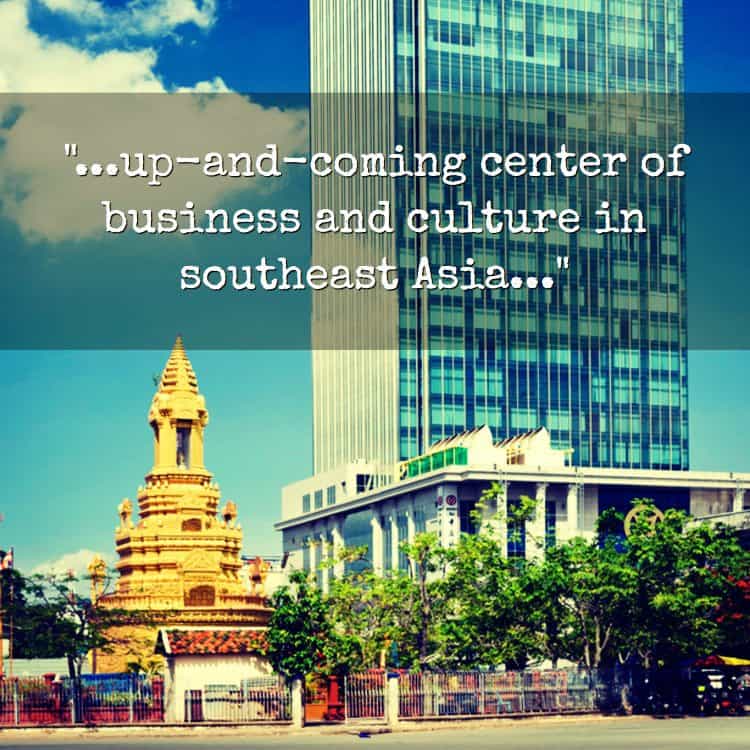 It’s Never Too Late For a Heroic Adventure