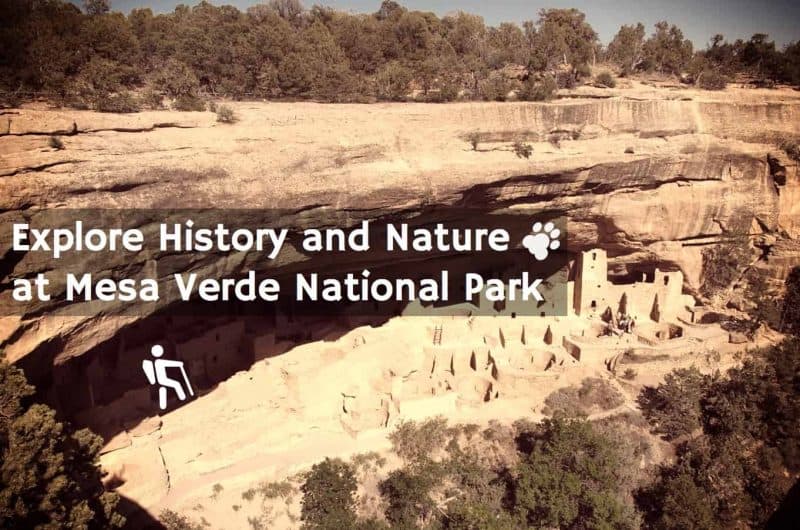 Home to 4,500 archaeological sites–including the 600 cliff dwellings that have made it world-famous–Mesa Verde National Park offers visitors an unparalleled opportunity to step into the past.

Located in southwestern Colorado, Mesa Verde is easily reached via U.S. Highway 160 either from Cortez to the west or Durango to the east.

Because Mesa Verde mixes both a treasure trove of archaeological wonders with natural splendor, it is unique in the National Park System and does require a fair bit of planning in order to be enjoyed fully.

The highlight of any trip to Mesa Verde National Park is a visit to the cliff dwellings, built by the Ancestral Pueblo People during the 13th century.

The most famous cliff dwelling, the Cliff Palace, is a sprawling complex of sandstone walls, rooms, and towers nestled precariously underneath a massive overhanging cliff.

During the summer months, visits to the Cliff Palace–as well as to the Long House and the nearby Balcony House–are by ranger-guided tours only, which require a ticket that can be purchased at the Visitor Center at the park entrance.

Since the drive from the park entrance to the cliff dwellings can easily take an hour depending on traffic, be sure to purchase these tickets beforehand. 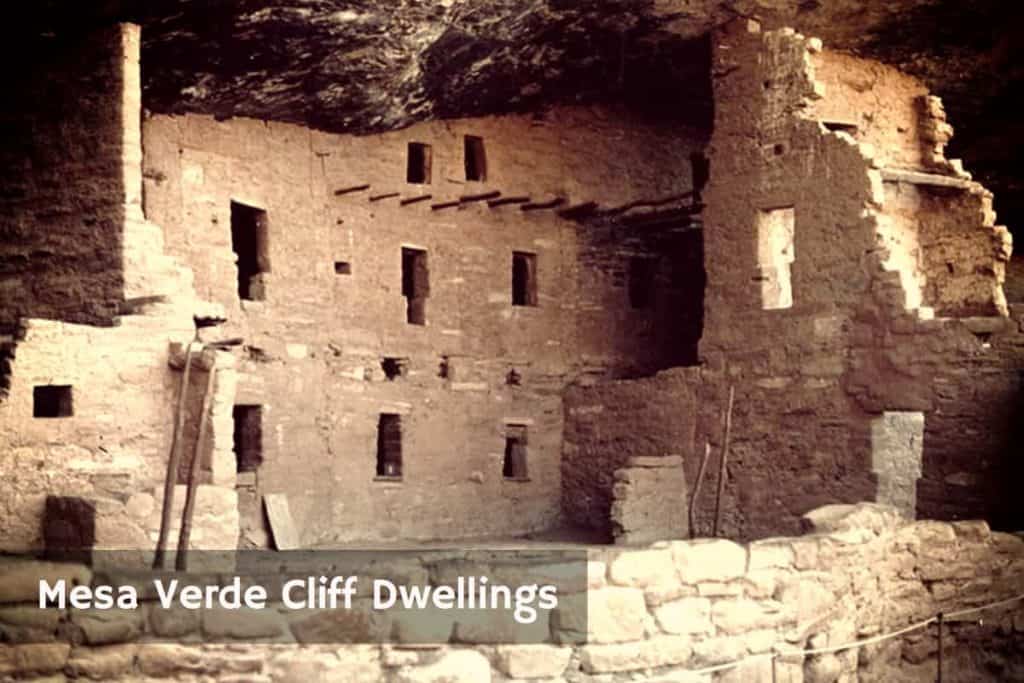 Not all cliff dwellings require a ticket, however, and some are open to self-guided tours.

Spruce Tree House, for example, is the best preserved cliff dwelling in the park and is free to visit as is the Step House, which includes a restored pit house.

Other archaeological sites are strewn throughout the park, including the Square Tower House and the Sun Temple.

The latter site, in addition to being an impressive archaeological site in its own right, also gives visitors exceptional views of the Cliff Palace.

Also remember that although the park is open 24 hours, the cliff dwellings and many archaeological sites are not, with most closing before dusk. Also, the Wetherill Mesa area, which includes the Long House and Step House, are closed October through April.

The rest of the park is open all year.

While the cliff dwellings are the main draw of Mesa Verde, it quickly becomes apparent to most visitors that history isn’t the only thing this park has to offer. 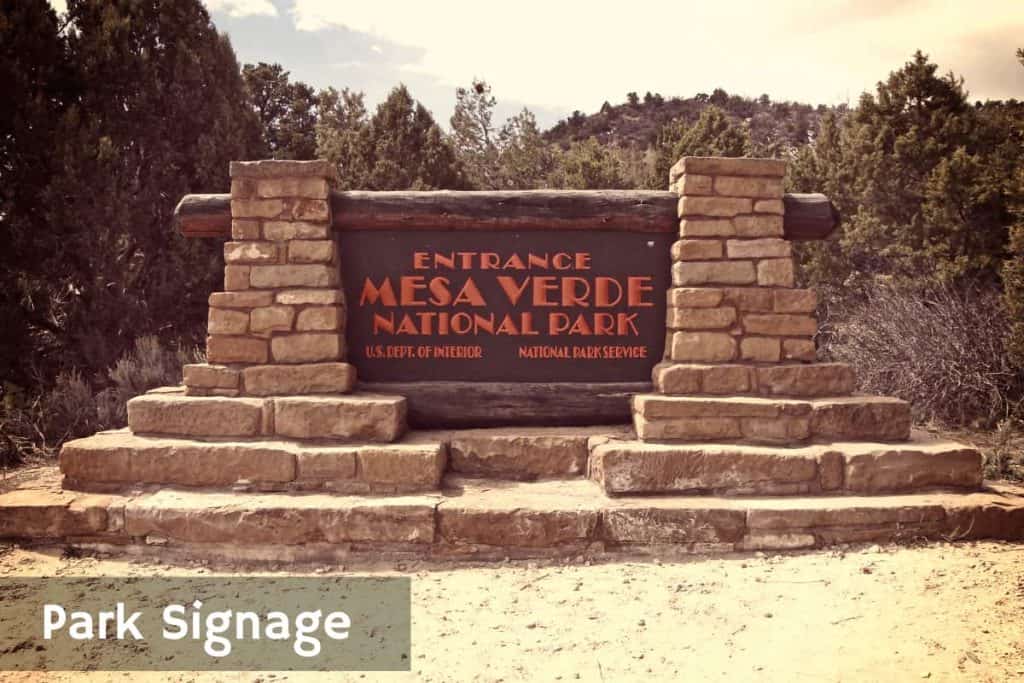 The road from the park entrance to the cliff dwellings, for example, snakes its way over mountains and through canyons, affording visitors spectacular views of the Mancos Valley and Montezuma Valley to the north.

Bicycling is also permitted on the main park road between the park entrance and Chapin Mesa, although it can be grueling even for experienced bikers and the narrow and twisting road make distracted drivers a problem.

Hiking is also a popular activity in the park, with many trails taking hikers through scenic landscapes and past historic sites.

Although many trails are relatively short, most of them include steep elevation changes that can make them difficult in hot weather or after rainfall.

Because of the sensitive archaeological nature of the park, hikers are required to stay on marked trails at all times.

Two trails, the Spruce Canyon Trail and the Petroglyph Point Trail, require hikers to register beforehand either at the trailhead or at the Chapin Mesa Archaeological Museum.

While the main sights can be done in one day, those looking to visit at a more relaxed pace will probably want to stay a night or two.

Far View Lodge is the park’s only hotel and has restaurants, gift shops, groceries, and other amenities. Located at the junction of the main park road and Wetherill Mesa Road, it is also a prime spot for exploring the various attractions in the park.

The park also has a large campground, Morefield Campground, located near the park entrance, which has hookups, a gas station, grocery store, RV dump station, amphitheater, and laundromat. 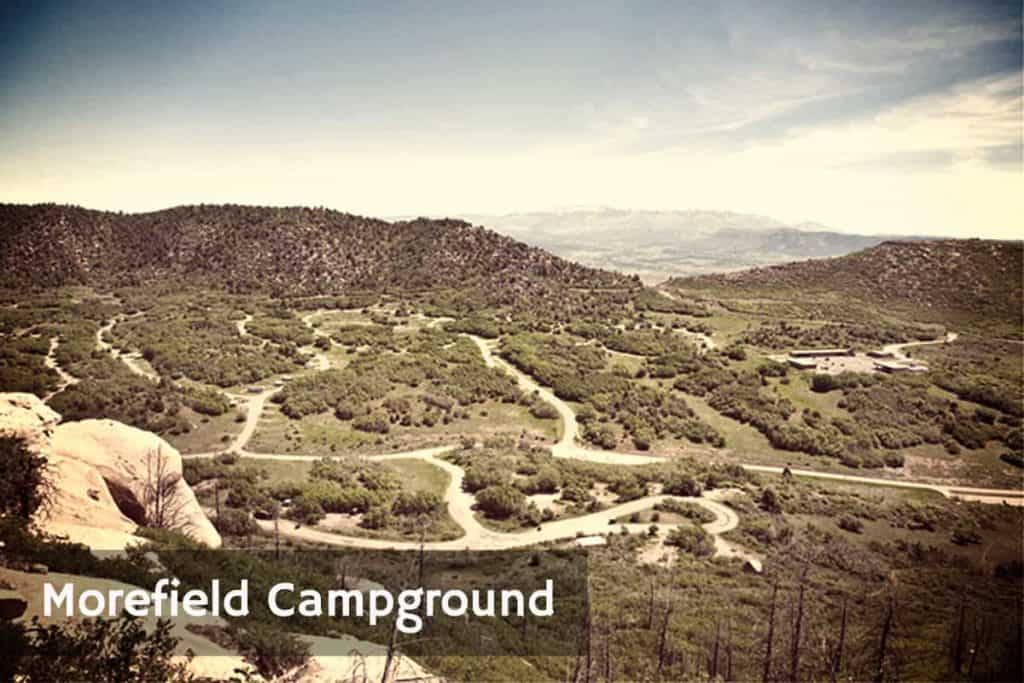 Many of the park’s best trails are also located here. While the campground is first-come, first-served all year round, space is almost always available. Both Morefield Campground and Far View Lodge are open only from spring to fall.

Backcountry camping is not permitted.

Mesa Verde National Park is one of the few places where history and nature combine to provoke awe and wonder in visitors.

One of America’s first World Heritage Sites, Mesa Verde continues to be an inspirational place entirely unlike any other in the world.

Get Your Hiking Adventure Trekking