How to Play Mahjong: The #1 Basic Guide [Illustrated] 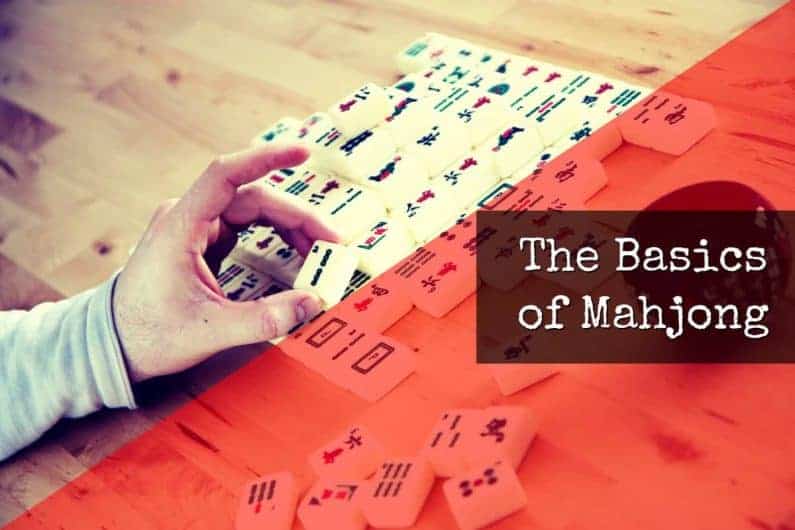 To a viewer unfamiliar with mahjong, the game and how to play it can present a bewildering spectacle, what with its walls of tiles, talk of prevailing winds and the constant clatter of pieces being discarded in turn by the four opposing players.

Appearances, however, can be deceptive.

This quintessentially Chinese game is, in fact, very similar to a number of Western card games such as rummy. The goal in mahjong is to complete a set with your tiles similar to a poker or rummy hand.

Anyone used to card games where a winning hand consists of a straight flush or a full house can easily get their head around the basic rules of mahjong. 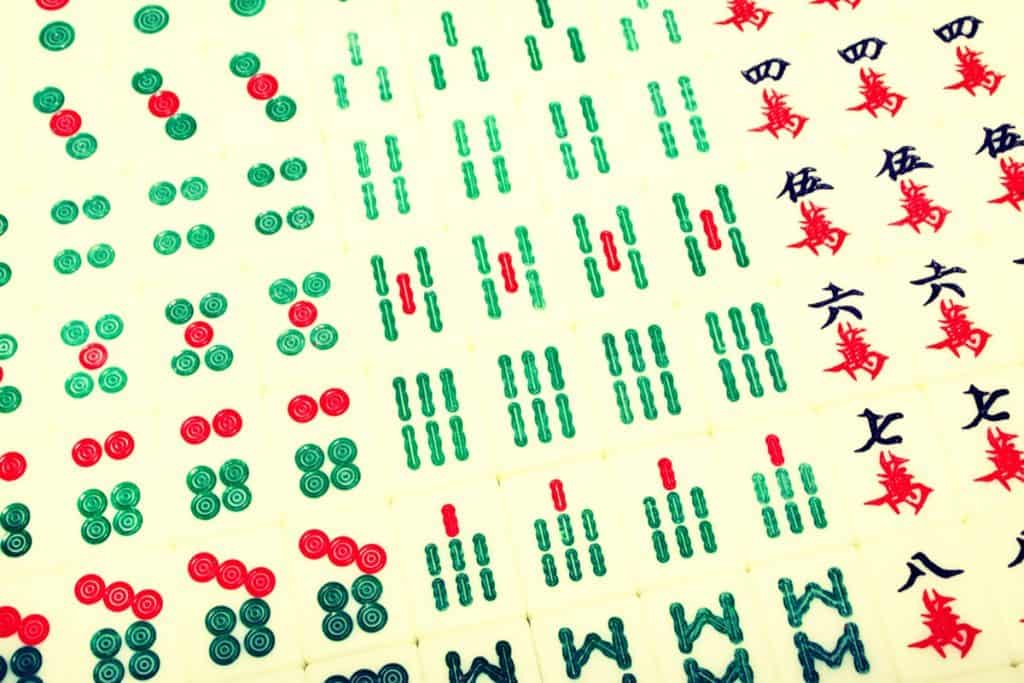 The most distinctive pieces in a mahjong set are undoubtedly the tiles.

Based originally on paper cards, the tiles are now solid, chunky pieces with an image or character on one side (similar in a sense to a domino) and a thick backing of bamboo or, more usually these days, plastic on the other.

There are three categories of tiles:

As is the case with a set of playing cards, the simples fall into suits. 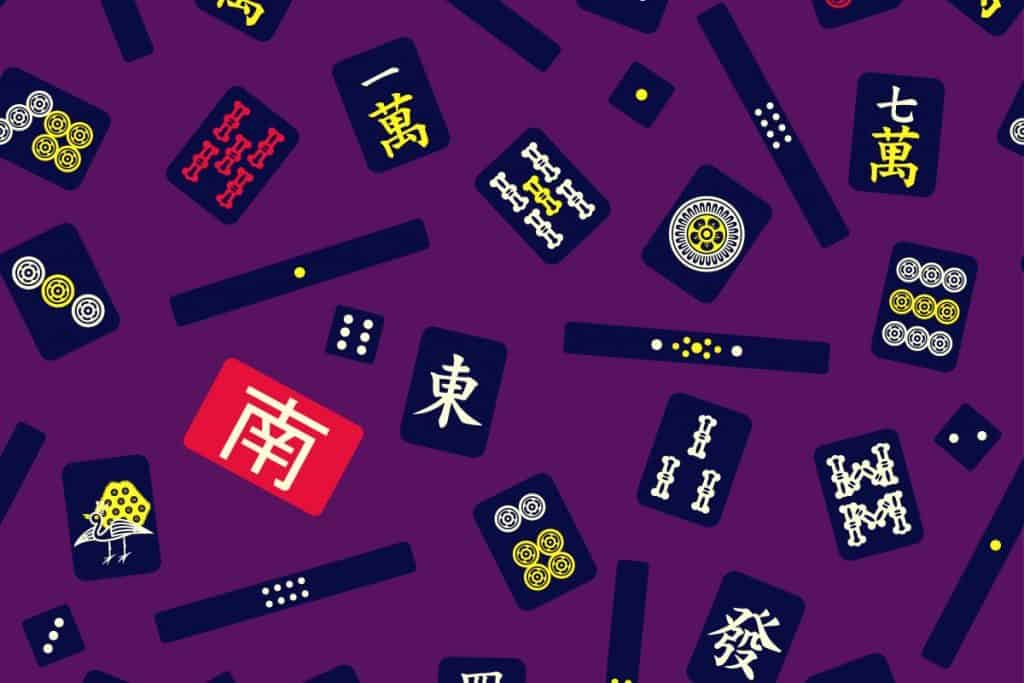 In mahjong there are three suits for simples:

Each suit consists of nine tiles numbered one through nine. There are four copies of each of these tile in a set.

The honor tiles are divided between dragons (red, green and white) and winds (east, south, west and north) while the optional bonus tiles (flowers and seasons) are used mainly for the purposes of scoring and gambling. 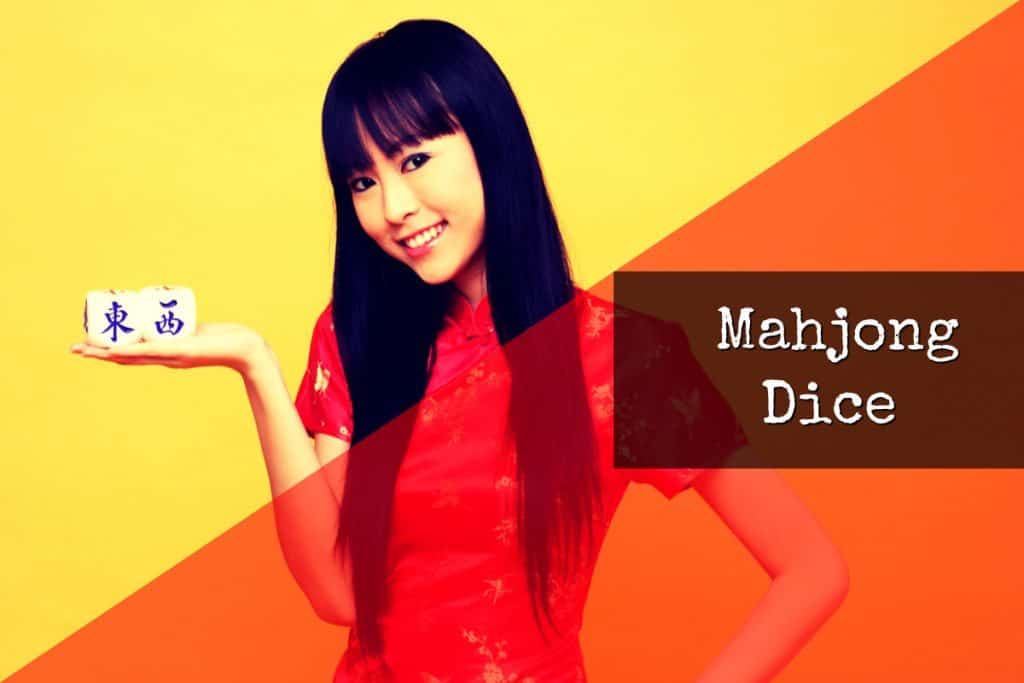 A mahjong set will also include a number of dice with which players determine who is to deal and where the dealing is to begin and a marker to show who is dealing and which round is being played.

Some sets may also include counters to help with scoring and racks into which players may place their tiles so they remain hidden from the other players. 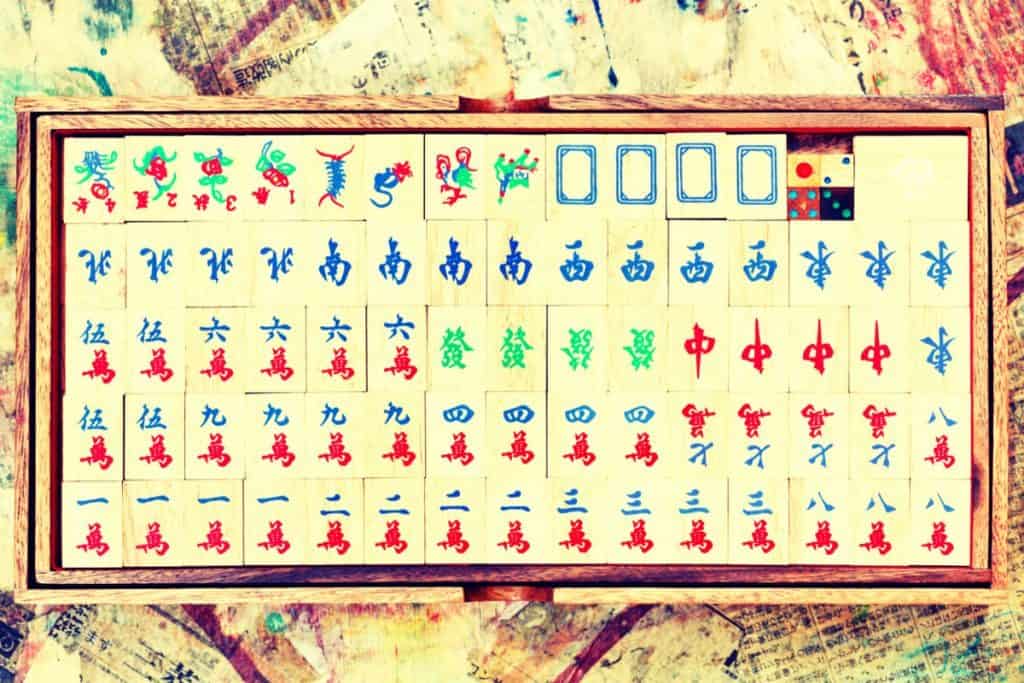 A standard game begins with the players choosing a dealer either by means of a high-scoring roll of the dice or by the blind drawing of wind tiles (featured in image below).

The dealer is assigned the position of East wind and play proceeds in a counter-clockwise motion to the other players, each of whom is assigned the wind respective to their position in regard to the dealer. 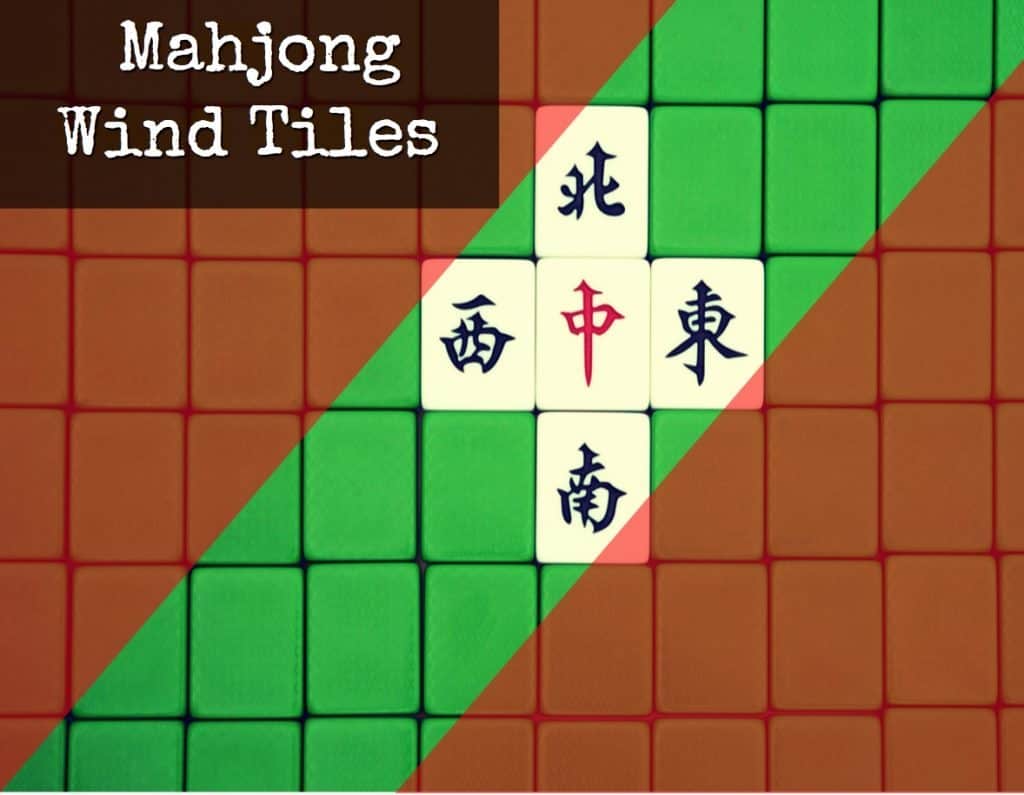 When a round is finished, the position of dealer shifts to the player on the dealer’s right.

Once a dealer has been chosen and the tiles have been shuffled, each player takes thirty-six tiles and builds a wall in front of them two tiles high and eighteen tiles wide, see image below for what this looks like: 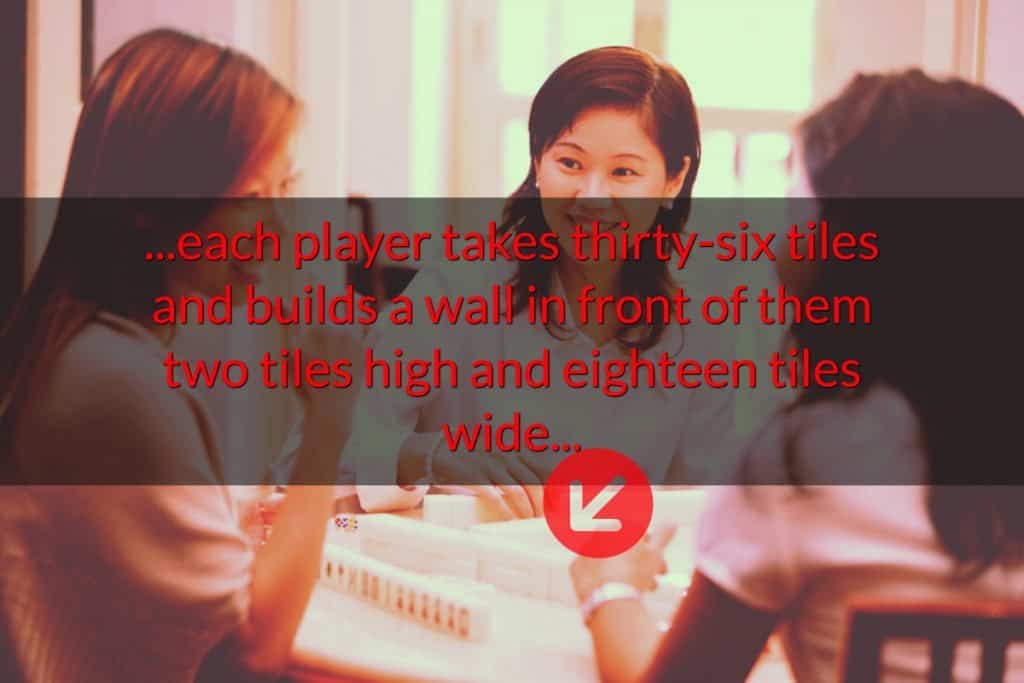 The players then push their walls together forming a square, the hollow center of which will be used for discarding tiles.

The dealer then rolls three dice and, counting along the row of tiles to his or her right, begins dealing from the tile which corresponds to the sum of the dice.

One by one, over three rounds, the players take four tiles at a time and one last tile for a total of thirteen tiles each.

Game play proper begins with the dealer taking an extra tile and then discarding a tile of his or her choice. 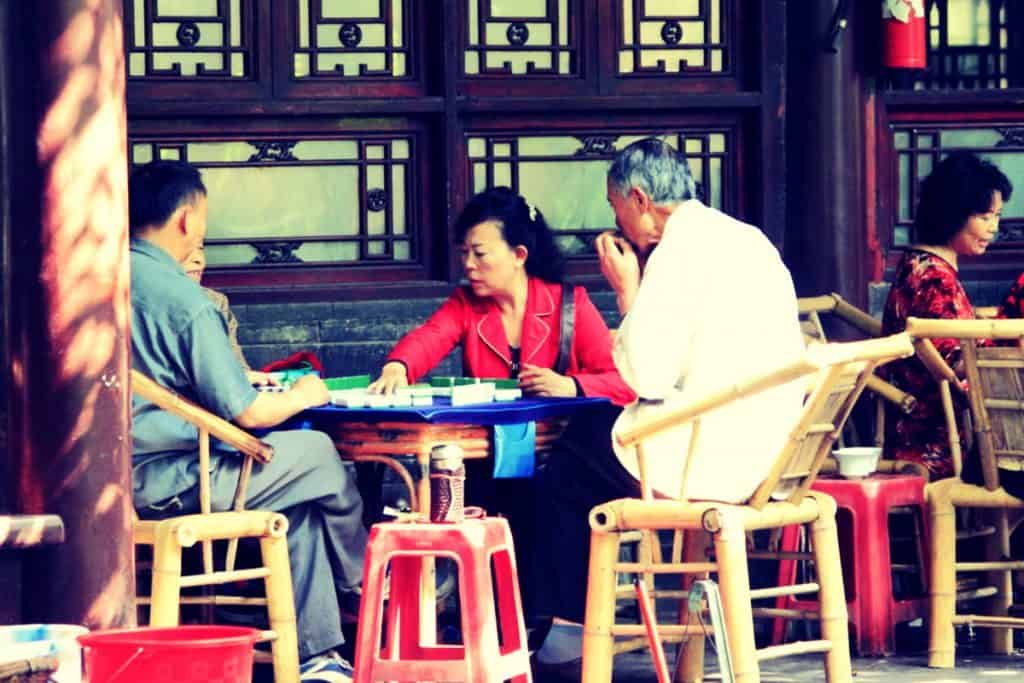 A winning hand in mahjong consists of fourteen tiles.

Except when drawing a tile during a turn, however, a player should only ever have thirteen tiles in their possession.

The aim is to have your hand divided neatly between a number of groupings.

In mahjong these groupings consist of:

During a round, a player draws a tile from the wall.

If the tile cannot be used to complete a set the player then discards it.

When another player can use the tile to complete a set, that player is allowed to claim it and take the next turn.

Otherwise, following a discard, play continues in a counter-clockwise motion until someone has completed a hand.

In Western games a winning hand is often referred to as a “mahjong” and the player will call it as such when he or she has drawn the winning tile. 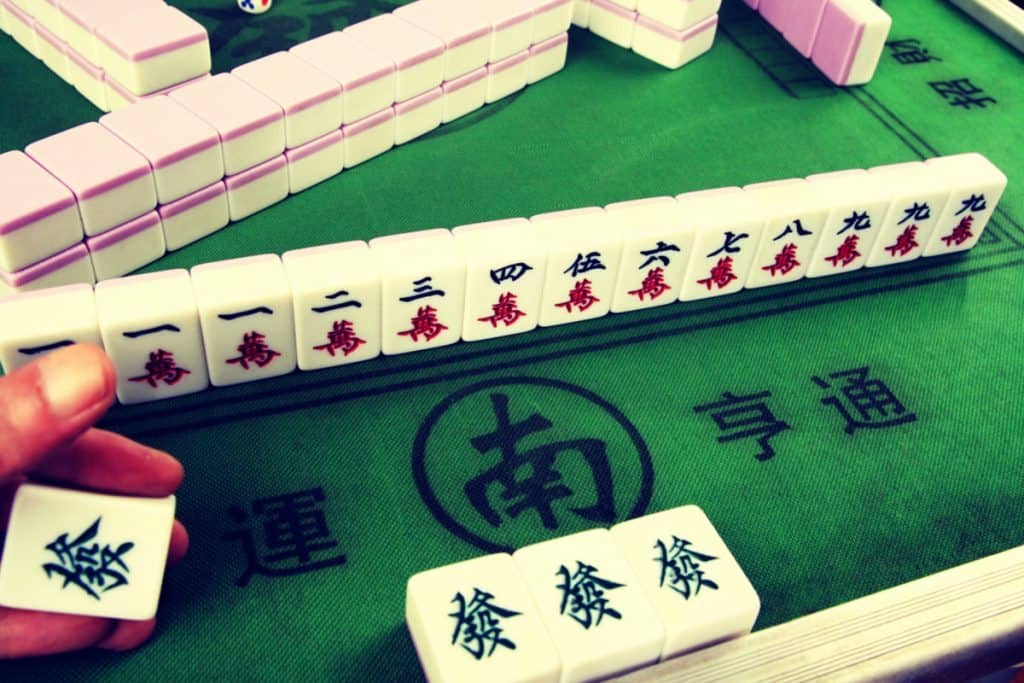 Mahjong: It’s Easier than You Think

It is the unusual set-up of the game which often seems so daunting to the novice player of mahjong. But once a player is used to the assigning of winds, the building of walls and the dealing of tiles, mahjong is actually quite straightforward.

Games can, of course, get rather complicated once you begin to grasp the possible strategies involved.

Systems of scoring too can render the game overly complex, but a player can always just adopt the simple option of scoring winning hands only. 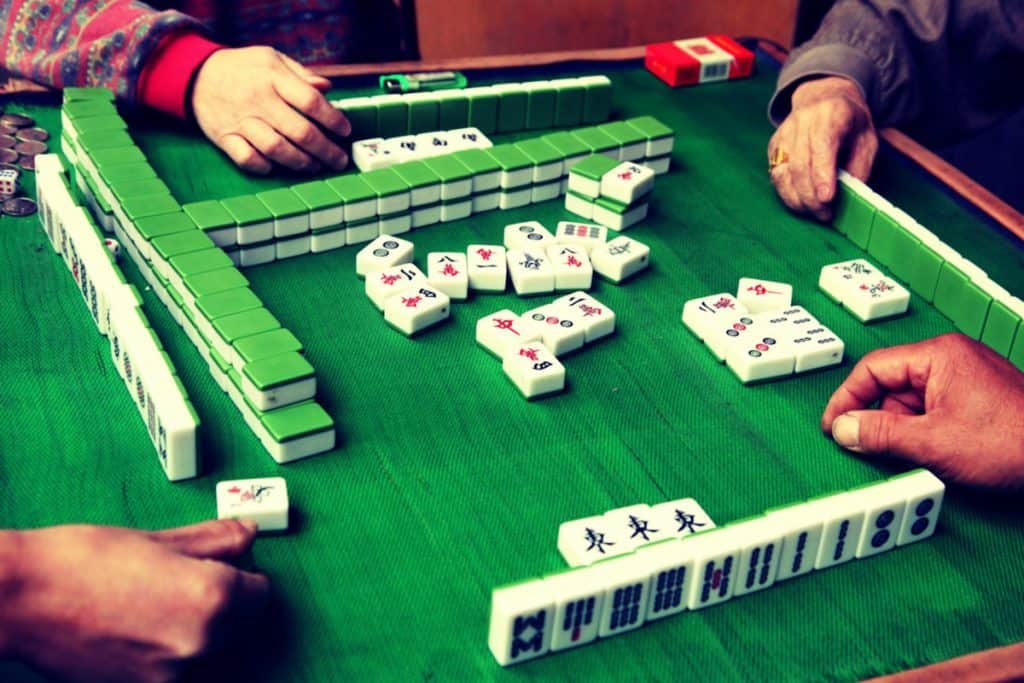 Ultimately mahjong can be as simple or complex as you wish to make it and this is perhaps the secret of its enduring success.

For those of you taking Heroic Adventures to your local China town or further wanderings to parts of Asia, knowing how to play mahjong can be a way to make a healthy connection with locals and gain deep insight into local culture.

How to Play Mahjong: The Top Books for Beginners 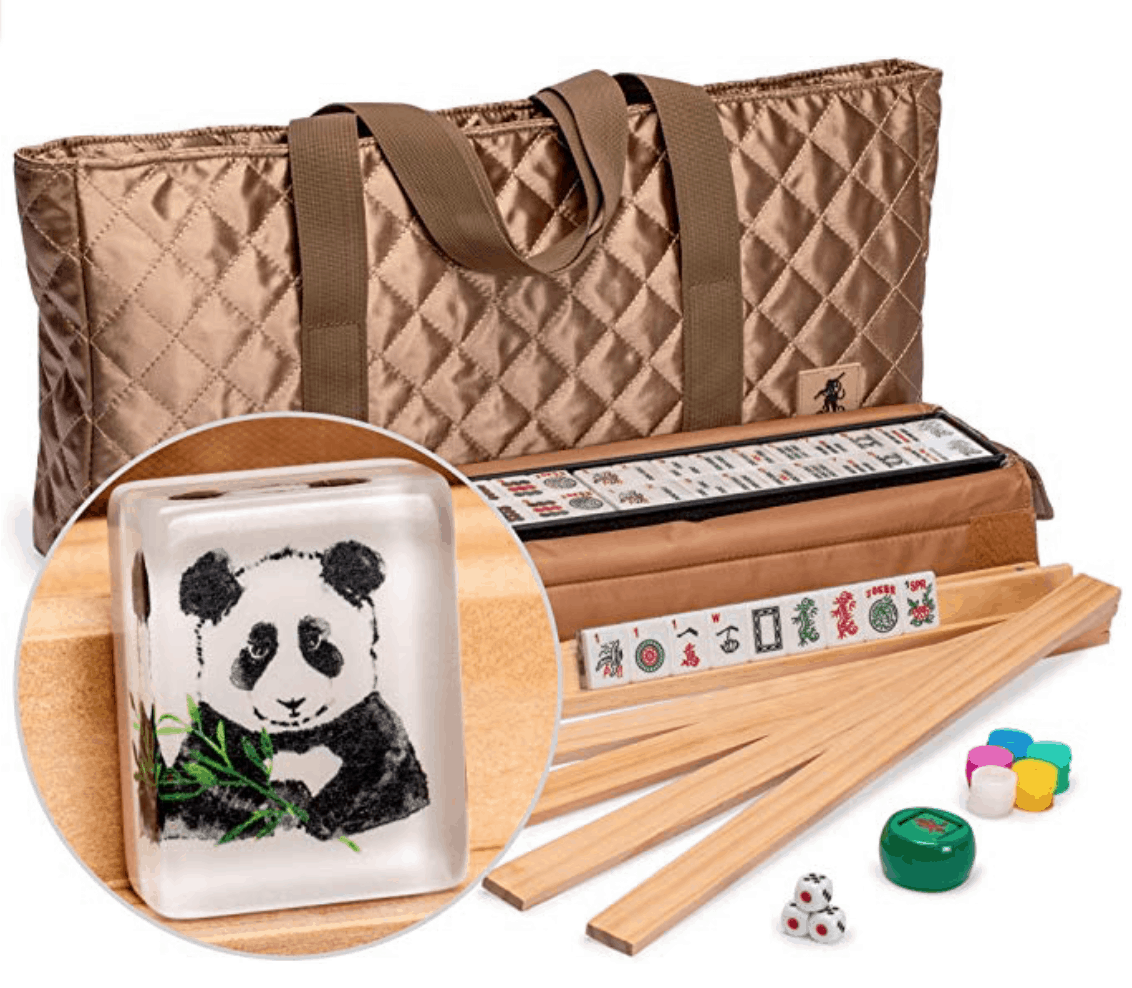