Italian Coffee – What You Need to Master Italy’s Café Culture 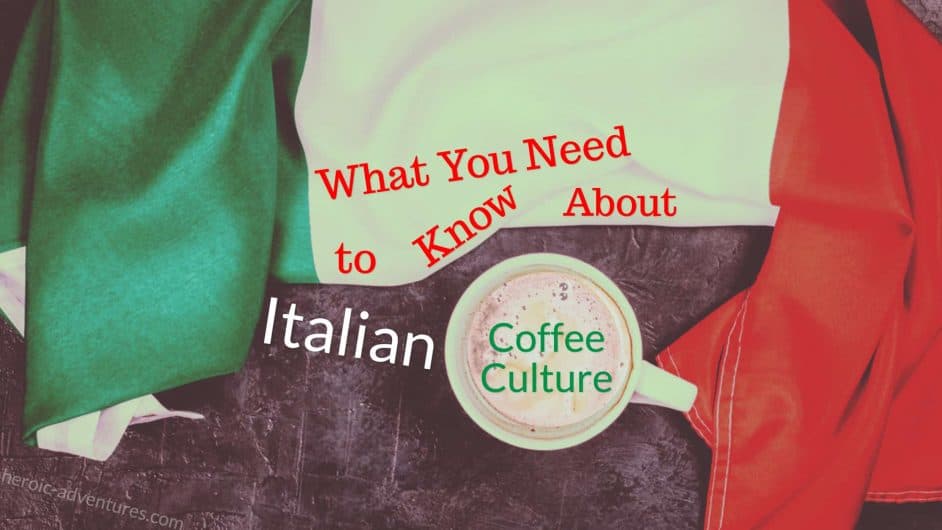 I’m sure you are already familiar with the words espresso, cappuccino and latte by now, as are most people around the globe.

But when you travel to Italy, will you be enjoying your daily brew in the same way as you would back home? Chances are you won’t.

Italian coffee culture is unique to the world, and an integral part of Italian everyday culture.

Before you go and sip an espresso in a Milan coffee shop, there are some very interesting things you should know about Italian coffee culture:

The origins of Italian coffee culture

How did coffee become so popular in Italy in the first place?

Coffee was first introduced to Italy in the 16th century via Venice from Istanbul. It was at first only consumed by the wealthy, who viewed it as an exotic treat.

However, coffee was seen as a subject of controversy for religious reasons, as it had originated from Muslim countries. Only after being reviewed and approved by Pope Clement VIII, did it see a large boost in popularity.

Coffee houses started to pop up in the late 17th century, and it became more and more common to go out for coffee.

Italians only consumed regular brewed coffee until the evolution of the espresso in the early 20th century. 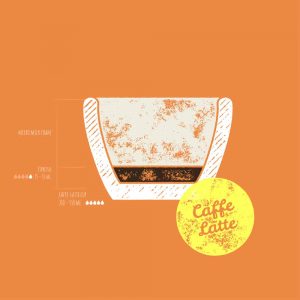 The espresso machine was patented in 1903, and since then the modern day coffee culture has evolved and flourished throughout the 20th century until today.

Italian coffee drinks are limited to a few fundamental choices.

These are the most common choices:

Drinking coffee standing by the bar.

Italian coffee shops include both a bar area and a seating area, and the price you pay for your coffee will depend on whether you sit down at a table or have your coffee standing by the bar (by the way, the word barista literally means bartender!).

Sitting at a table will incur a higher price than standing, so if you’re a budget conscious person you might consider sipping your coffee by the bar. But, why standing you might ask?

This brings us to the next point about Italian Coffee Culture:

Unlike the typical Italian food culture of slow and relaxed eating, it’s coffee culture emphasises finishing your drink quickly and moving on. So if you’re standing by the bar while having your shot of espresso, you’re likely to finish it in 2-3 sips and be on your way.

While the culture of international coffee shop chains has enabled you to bring your coffee with you out in a paper cup with lid, the coffee in Italy is meant to be consumed in the coffee shop.

Since it’s also meant to be finished quickly anyway, there would be no point of bringing the same cup of coffee around all day.

Only one coffee in one sitting.

According to Italian coffee norms, you’re only supposed to consume one coffee during your visit to a coffee shop. If you crave more caffeine later in the day, you can just have another coffee then.

Milk only in the morning.

Coffee drinks that contain milk, such as cappuccinos and caffè lattes, are usually only consumed in the morning. Ordering one of these drinks in the afternoon might be seen by the locals as a bit unusual.

While we’re on the topic of milk: If you want to order a latte, make sure you specify that you want a caffè latte, as the word ‘latte’ by itself in Italian just means milk. If you actually do want a cup of milk, feel free to just ask for a latte.

When in Italy don’t forget latte means milk, while caffe latte is espresso with milk.

Italian coffee in the 21st century

People around the world can’t get enough of Italian coffee these days, which is why we now have a growing number of coffee machines for home use.

Why go outside (or travel to Italy) to get a great cup of coffee, when we can now get it as soon as we roll out of bed and step into our kitchens?

Modern coffee machines, such as the Nescafè Dolce Gusto have made coffee preparation even easier, with the use of coffee pods or capsules instead of ground coffee beans.

When you’re travelling somewhere where you do not have easy access to a good caffè, there are now portable, travel sized espresso makers you can bring with you on your travels!

An example of this is the NowPresso, which is compatible with Nespresso® capsules (and other reusable coffee pods) and can boil water during coffee making.

The NowPresso is the the world’s first portable coffee machine that runs on a rechargeable lithium battery, which is detachable for air travel. The battery takes 2.5 hours to fully charge, and one charge can make 100 cups of espresso when using hot water and 3 cups when using cold water.

Italian style coffee is here to stay, and it’s now accessible almost anywhere in the world.

No matter if you’re lucky enough to be in Italy to enjoy a caffè corretto standing by a bar, or when you happen to be somewhere else in the world where they only drink tea, a good cup of Italian style coffee is something to be enjoyed every single day.

Will Travel For Coffee…