Buddhism and the Mysticism of Emptiness 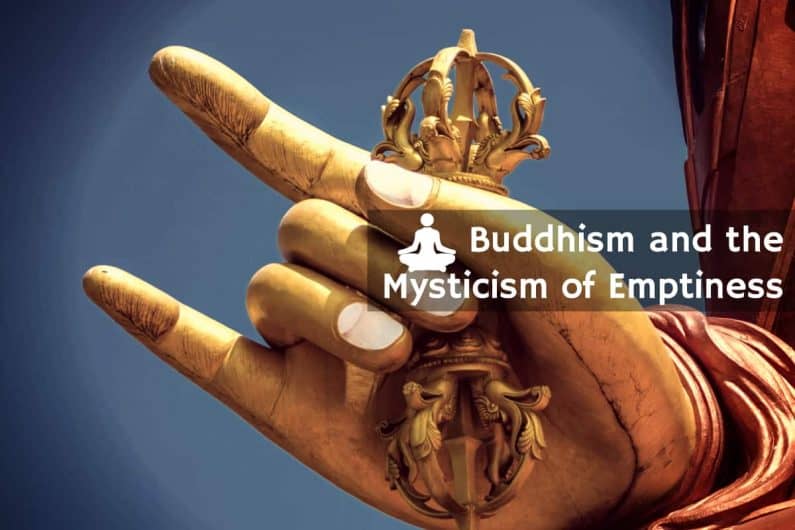 Theravada, Mahayana, Zen, and other forms of Buddhism all have different ideas on life, death, the cosmos, and even the nature of the Buddha.

Monks in these traditions live by different monastic codes, practices, rules, and philosophies.

So what makes all of these traditions Buddhist?

One could perhaps point to many different examples, but the strongest element tying all of Buddhism together is its deep mysticism of emptiness.

Buddhism is an intensely mystical religion. It is based on the mystical experience and revelation of one man, the Buddha.

This experience was one in which he attained nirvana, an indescribable and fundamentally empty state. Nirvana is empty because it is unconditioned and free of all distinctions.

In nirvana, the self is released of all desires and thoughts. All Buddhist mysticism, no matter how diverse, stems from this one initial mystical impulse, from the quest to emulate the Buddha and find emptiness.

Theravada continued on this initial quest for nirvana, presenting it as the ultimate goal for Buddhist monks.

Monks strive to attain the supreme enlightenment so that they may finally bring an end to the conditioned existence of desire and suffering.

Once they have reached this stage they may be called “arhats,” meaning that they have become “perfected ones.” One can attain nirvana through meditation and “right concentration.”

In other words, a monk must cultivate the correct mystical consciousness in order to realize a perfect state of emptiness. 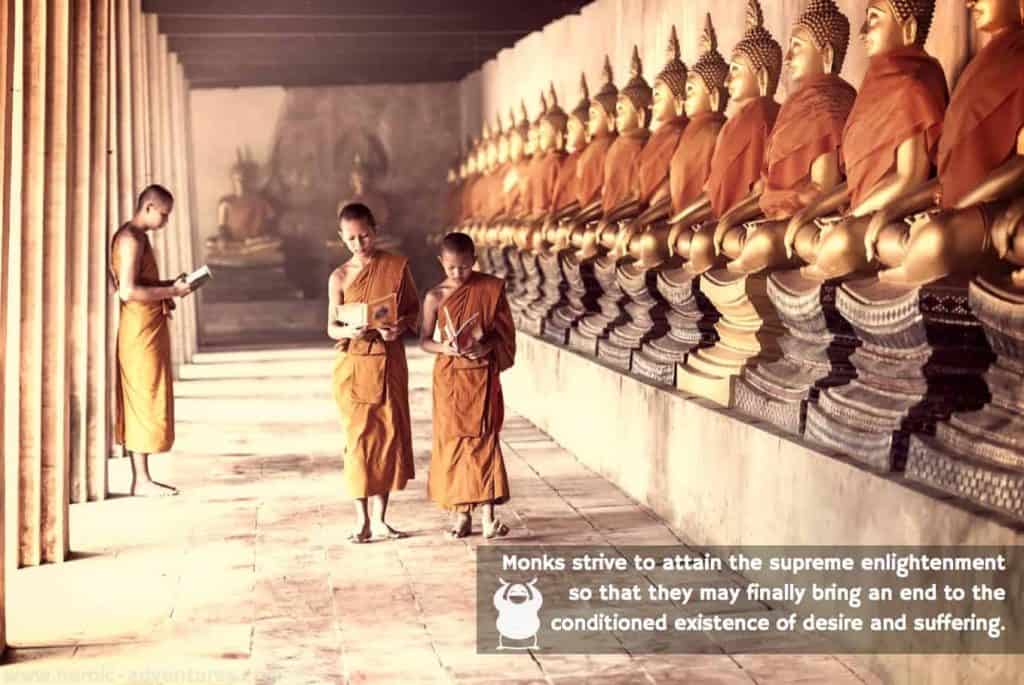 Mahayana Buddhism changed the ultimate goal from nirvana to attainment of Buddhahood itself.

Important Mahayana literature such as the Perfection of Wisdom texts focuses on the Suchness of the Buddha, and describes it as the ultimate reality, the inexhaustible essence within each and every single one of us.

Most importantly, this Suchness is also “empty.”

Emptiness is neither existent nor non-existent. It is nothing and everything at the same time. It is paradoxically only attainable by Buddhas, and yet each and every single being is at every single moment already fundamentally empty.

Japanese Zen Buddhism takes this one step further by arguing that the desire for enlightenment, whether as nirvana or Buddhahood, must ultimately be abandoned as well.

The pursuit of emptiness means that one must be willing to let go of absolutely everything. Depending on or following the words of the Buddha will not lead one to true emptiness.

Zen does away with all logic and reason and instead attempts to provoke in the mind a sudden moment of illumination through the use of paradoxical sayings. 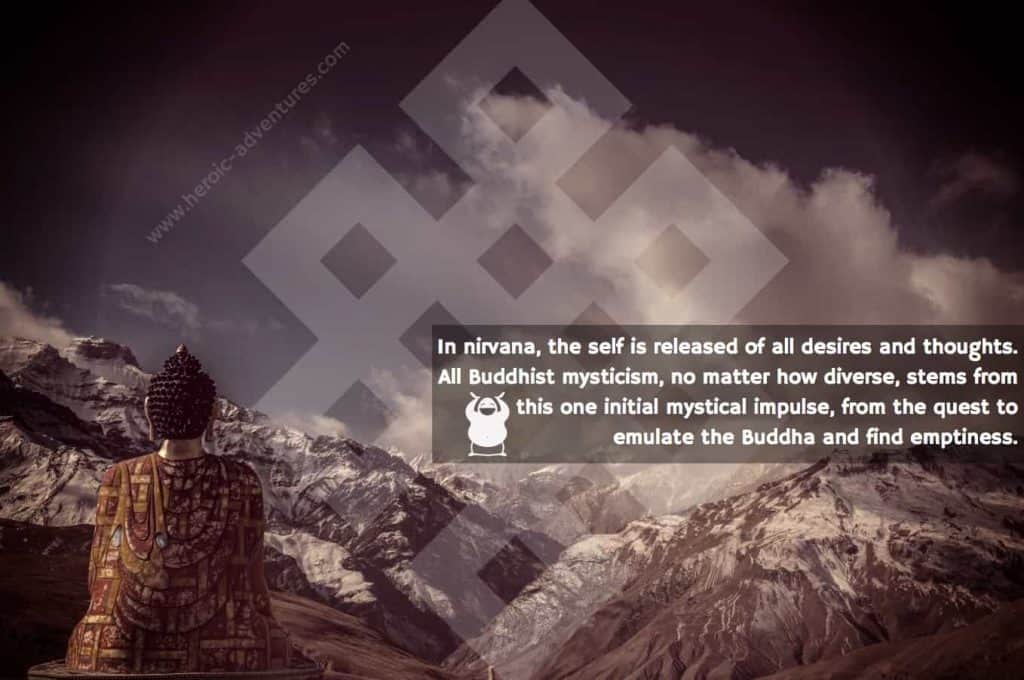 Different Buddhist would disagree on where and what emptiness actually is.

Is it nirvana, Buddhahood, or can it be found only by letting go of these sorts of concepts?

The answers to these questions vary, but in whatever way it is conceived it is emptiness that drives Buddhist mysticism.