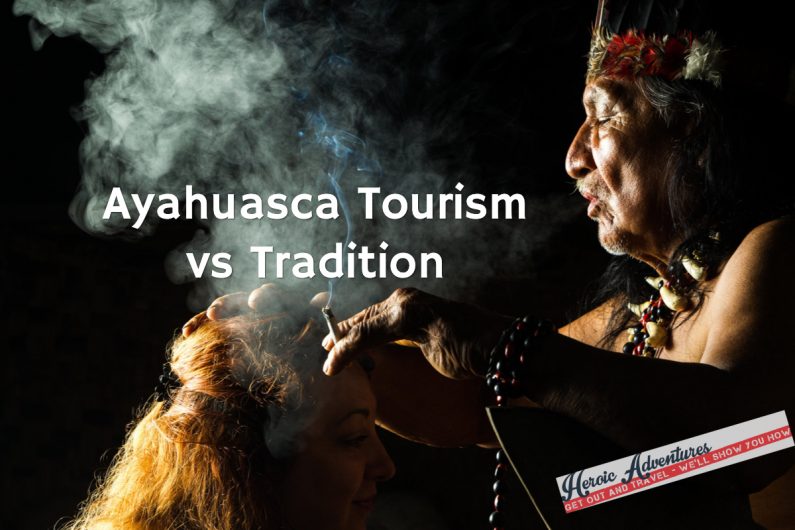 The 45+ minute talk is a critique of what some call ‘New Age Plastic Shamans‘, and the interaction of different cultures and how they influence each other — taking focus is the interaction of gringo tourist seeking authentic shamans — the somewhat misguided imagination many gringos have of what a true medicine man should be: the idealized buddha-like delusions many seekers believe-in are highlighted.

Jerónimo M. Muñoz begins the talk about his journey making a documentary film focused on entheogens:

First, Muñoz began his filmmaking about entheogens in Mexico in the village where Maria Sabina was from — Maria was a Mazatec shaman women who was found by R. Gordon Wasson(former J.P. Morgan banker) who found her while he was searching for a mushroom cult. He wrote an article in Life magazine called ‘The Magic Mushroom’. Due to this article, Timothy Leary encountered mushrooms in Mexico inspired from the article in Life magazine.

Mr. Muñoz, a Spanish filmmaker with a deep interest in entheogens, follows in Wasson’s footstep and becomes down due to the commercialization and change in ambiance due to what he seems to associate with the fame of Maria Sabina.

He even visited her family and discovers how the influx of visitors destabilized the village of Maria Sabina….

Then Muñoz takes ololiuqui (a species of morning glory that has LSD-like properties) and has a terrible night and realized how far out he was and felt stupid…and how one’s interest can turn destructive.

Talk is about gringos not ayahuasca. Muñoz was forced to look at himself again and again and again — he had tunnel vision and seeking the substances, or plants, and not paying attention to the rest of the life, the culture.

Once he left the study of entheogens, he started to read anthropology but this was more the perspective of the gringo then it led him to colonialism…

Take away, argument: today colonialism continues but today it is a cultural colonialism— it’s just a process that continues regardless of the fact that we are good but our very presence is an imposition. Some would argue that the phenomena of the ayahuasca retreat in South America is a continuation of this process.

“I want to talk a little bit about this process…the pastoral idea the idea that somewhere else people live in complete harmony with nature — even the Greeks believed this 3,000 years ago and somehow we lost contact with nature.

The idea of idealizing native people is not true — they are human beings, idealizing them is saying, ‘they are not like us’ but they are… they are a person.

This idea is very powerful. They are people, living in a particularly fucked-up situation in the world.”

People were disappointed who went deep in the jungle and thought they were ripped-off. They were seeking an old wise-man, a buddha, an ideal that doesn’t exist and they were very disappointed and they feel let down, ripped off (Similar to the myth of the cowboy in the West).

The problem is we feel empty and we want to fill the lack… “I will play the indian that I want the indians to be”.

Take a picture… trying to grab things that can’t be grabbed and we end up with empty forms… (being a basketball player is not in your sneakers).

“By looking at these things you destroy them”. “….please, please, please be very careful. If you’re gonna enter other peoples culture, try and walk on your tip toes. Try to be a fly on the wall. Try to shut your mouth and open your eyes. Try to be careful…we are German cowboys.”

The above text are notes created while watching the above video lecture — Ayahuasca Tourism vs Tradition: The Clash Between Western Psychonauts & Traditional Practitioners (Jerónimo M. Muñoz)

Did you know that ayahuasca can be effective for detox, including THC detox?