How to Make Turkish Coffee: the Turkish Method of Brewing Coffee 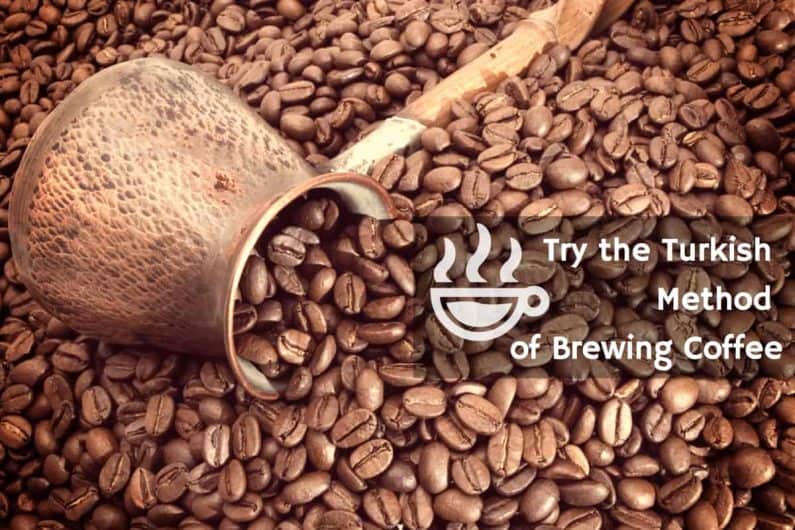 Turkey (the country, not the Thanksgiving bird) isn’t necessarily known for their delicacies to the general population.

For connoisseurs, however, Turkey is known as one of the original coffee brewing countries. The people of Turkey have so much know-how, in fact, that they have their own method and serving style.

Turkish coffee is different than all other kinds (save a few primitive recipes for Cowboy Coffee) because there is no filter involved. Instead of filtering the grounds, Turkish coffee is ground to an almost-powder consistency and allowed to settle after brewing.

Like an espresso a Turkish coffee will be very strong and full of flavor. It is typically served with sugar and the spice cardamom, something the espresso-drinking French simply abhor.

How to Make Turkish Coffee

Start with super fine coffee grounds, even finer than espresso. The grounds should almost be a powder consistency. Use flavored beans if you like, or try a purist cup.

Next, you need an ibrik or another small metallic pot, preferably one with a narrowing at the top of the pot. 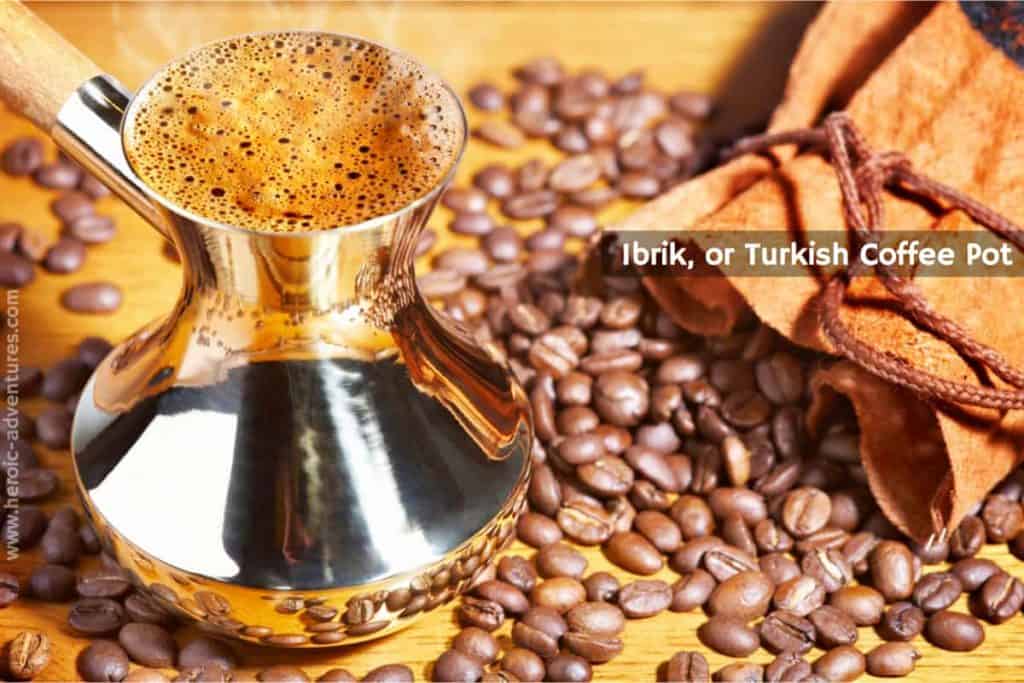 This should have a long handle and not be too wide (it’s better to have a tall, skinny pot than a short, fat one.)

You will also need a heat source (stove), some quality water, sugar that dissolves easily and the optional spices like cardamom, anise or cinnamon.

Sprinkle between two and six teaspoons of sugar into the coffee cup. Alternatively, you could add a helping of sugar-free sweetener of your choice.

Add very finely ground cardamom, anise or cinnamon to the cup as well.

Add a little water and stir until the sugar is dissolved.

Add water to your pan or up to where the ibrik’s neck begins, careful not to fill into the neck.

Grind one heaping teaspoon of coffee grounds for each ounce of water (10 ounces of water would require five teaspoons of grounds.)

Place the grounds ON TOP of the water, do not stir them, even a little.

Turn the heat on your stove to medium-low and place the ibrik onto the burner. Stay with the coffee, as the magic happens very quickly.

It will begin to foam and the foam will start to crawl up the neck of the pot or ibrik. Just before it reaches the top of the neck, remove from heat.

Stir the coffee now then bring back to the heat source to foam again. Do this once again, for a total of three foams. The final foam should not be stirred but rather spooned into cups or dumped down the drain if you don’t care for it.

Let the coffee settle for up to a minute and then pour your Turkish coffee into cups. 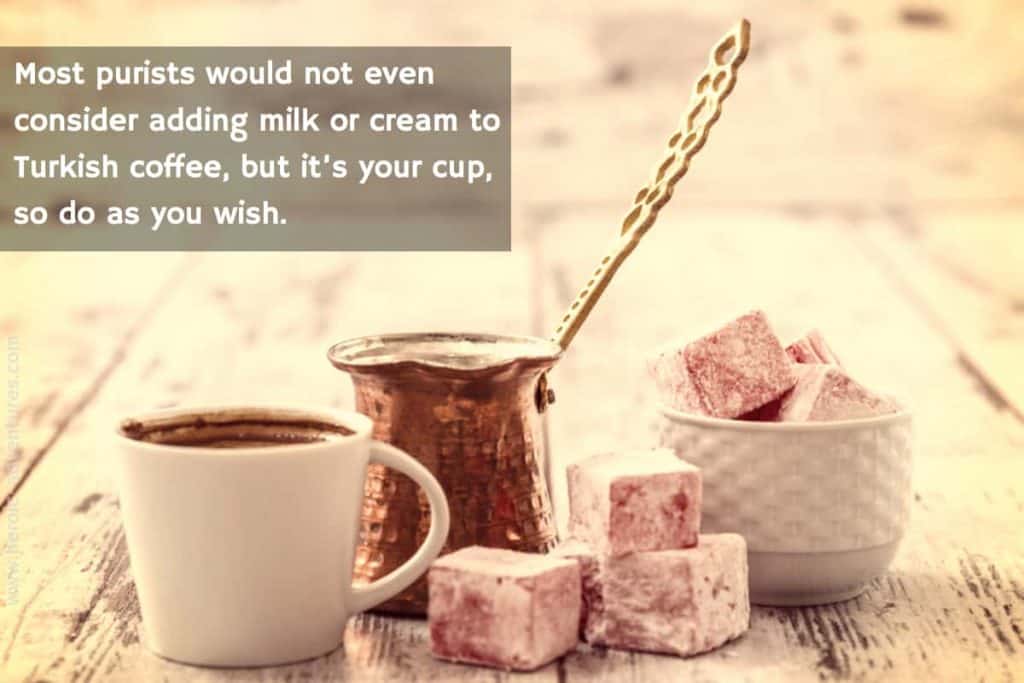 As you can see, the process of making Turkish coffee differs greatly from the standard American drip or French espresso. It should come as no surprise that the resulting cup of liquid gold is unlike either of those. Rather, it is a savory-sweet cup of rich java.

Turkish coffee is a great choice if you want to experiment or enjoy a very strong cup of Joe with the chance of some floaties.

Look at second hand stores for an ibrik before shelling out the thirty or so dollars most sell for in Turkish and Russian specialty stores in large cities and online.

As you sip your Turkish coffee, remember this old saying about the beverage:

“Coffee should be as black as hell, as strong as death, and as sweet as love.”

Most purists would not even consider adding milk or cream to Turkish coffee, but it’s your cup, so do as you wish.

If you like Turkish coffee, then you’ll probably want to check out more about it’s close relative Bosnian Coffee too, Jet Set Together has compiled a Guide to Bosnian Coffee here.

Portable Coffee Makers for Your Next Adventure

For the coffee connoisseurs that can’t go without a reliable caffeine source when on a far off journey, we’ve prepared a master guide to the latest portable coffee makers you’ll want bring with you on your next adventure: check out Heroic Adventure’s Complete Guide to the Lastest Portable Coffee Makers for Travelers here.