Tokyo Tourist Calendar: A Guide to Visiting Japan’s Capital City in Each Month of the Year 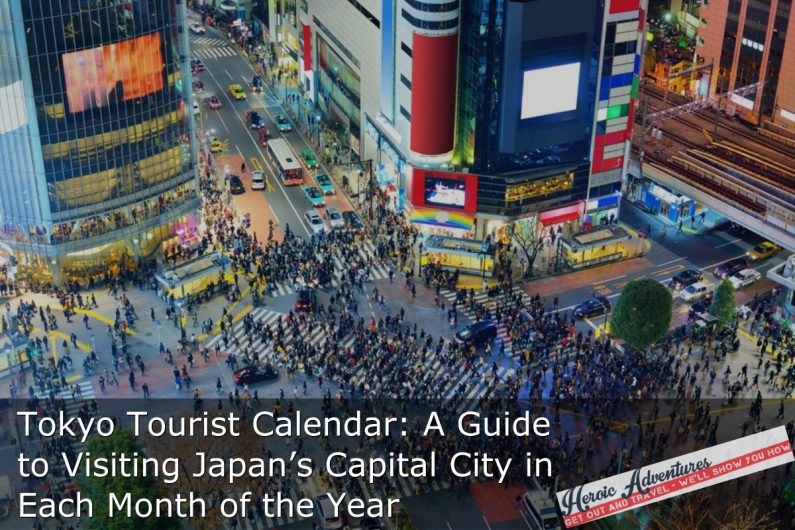 Tokyo is one of the world's largest and most vibrant cities. The Japanese capital has something to offer visitors in all seasons. Japan's rich history and unique popular culture attracts tourists year round.

Depending on the season, a trip to Tokyo is sure to coincide with events or festivals both old and new, ranging from centuries-old ceremonies to modern Japanese takes on western-influenced festivals such as Christmas and Halloween.

Whenever you're planning to visit, this guide to Tokyo's best monthly events should help you add some unique flavor and culture to your trip.

January features what the Japanese refer to as Golden Week.

During Golden Week, Tokyo’s famously intense work culture grinds to a halt to celebrate New Year. Japan celebrates New Year on December 31, rather than celebrating the Lunar New Year later in January or February like China and South Korea.

Tokyo’s busy streets feel relatively deserted during Golden Week, as many office workers return to their hometowns to spend the festival with their families.

There is still plenty to keep tourists busy, however, with nightlife districts Shibuya, Shinjuku and Roppongi offering tons of bars and clubs with booming countdown parties on December 31. You could also join the crowds counting down to the New Year in Shibuya’s Central Gai street.

For a more traditional New Year experience, head to a Buddhist temple to hear 108 bells ring in the New Year. The temples ring their bells 108 times to symbolize the 108 Earthly desires Buddhists consider responsible for leading humans astray.

The most popular bell ringing ceremonies take place at Zojoji Temple near Tokyo Tower and Sensoji Temple in Asakusa. 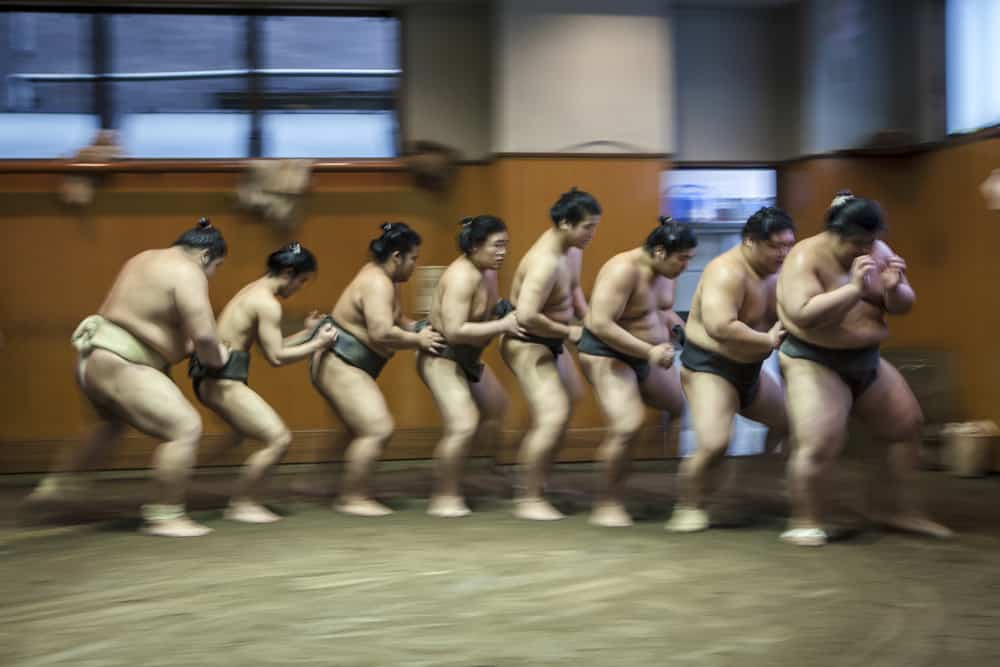 From January 8 to 22, fights begin with rookies early each morning and climax with championship fighters in the afternoon.

Cheap tickets are available for about 2000 Yen. These tickets sell out fast, so a good tip is to buy your ticket at Ryogoku Kokugikan at 8 a.m., then spend the rest of the morning exploring Tokyo, before returning late in the afternoon to watch the main event fights.

February marks the official transition from winter to spring, with Buddhist temples holding the Setsubun event on February 3 to celebrate.

The prime spots in Tokyo are again Zozoji Temple near Tokyo Tower and Sensoji Temple in Asakusa, where celebrities throw beans to crowds decked in traditional Japanese kimonos.

Japan has unique takes on many Western holidays, with Valentine’s Day on February 14 being no exception. Expect to see huge displays in stores promoting Valentine’s gifts.

The biggest difference between Valentine’s Day in Japan and the West is that women are expected to shower their boyfriends with chocolate-based gifts on Valentine’s Day, with the men returning the favor a month later on White Day.

The transition from winter to spring reaches its climax in March, with Tokyo’s residents flocking to the city’s many parks to see the beautiful and short-lived cherry blossom. 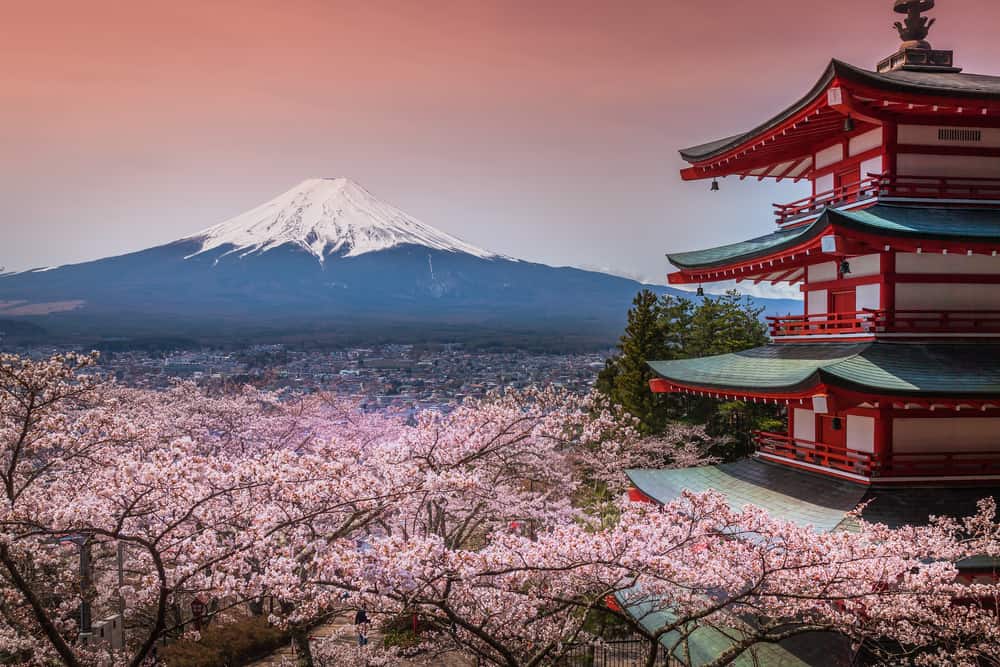 Trees across Tokyo sprout deep-pink leaves which fall away within weeks. Cherry blossom festivals celebrate this transition. The best place to enjoy the scenery are the gardens surrounding the Imperial Palace and at Shinjuku Gyoen, while the liveliest flower viewing Hanami parties can be found in Ueno and Yoyogi park.

Another unique Japanese festival is Doll’s Day on March 3, which celebrates young girls transition into womanhood.

Most Japanese mark Doll’s Day with small family gatherings, but there are some special events to mark the occasion that can add local flavor to a Tokyo trip.

Chiba, which lies to the east of Tokyo and is part of the capital’s sprawling subway network, hosts an huge display of dolls on the steps of Tomisaki Shrine.

The cherry blossom festivals continue well into April, so visitors can still enjoy the view at Tokyo’s many parks.

The Festival of the Steel Phallus commemorates a legendary sharp-toothed demon which resided in women’s nether regions and devoured male appendages.

This risqué legend has today transformed into a festival which raises awareness and funds for the fight against HIV and other sexually transmitted infections. Crowds flock to Kawasaki’s Kanayama Shrine for a bizarre event featuring a wide array of phallic party pieces.

May’s Mikoshi festival at Asakusa’s Sensoji temple is a unique event in which teams from across Japan compete in wild synchronized displays. 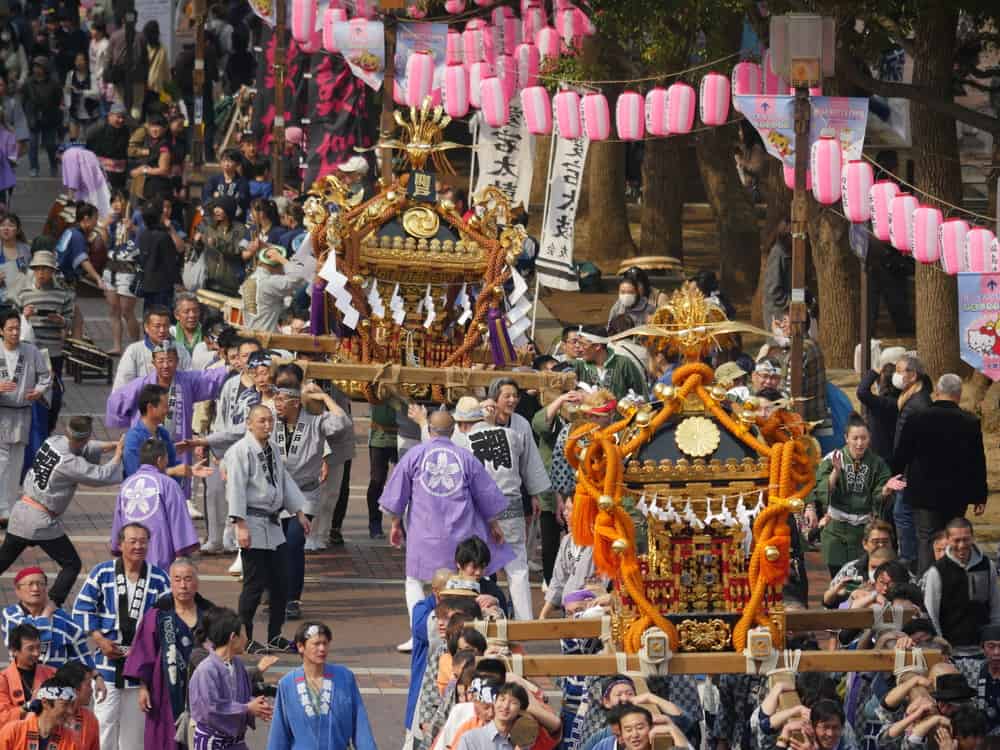 The teams throw huge mikoshi statues in the air as they run around the temple in elaborate displays. This high-energy festival begins on the third Sunday in May and lasts for three days, with up to two million tourists visiting Sensoji temple to watch the action.

May also gives visitors to Tokyo their second chance at watching sumo wrestling at Ryogoku Kokugikan.

June isn’t an ideal time to visit Tokyo, as two-thirds of days are typically subject to heavy rainfall. The bad weather doesn’t mean a trip to Tokyo in June is a complete washout though.

Between June 7 and 17, visitors to Tokyo can experience the traditional Sanno festival.

The Sanno festival is a quieter and more somber affair than most Japanese festivals, but it is nevertheless an immense spectacle.

The highlight is a nine-hour parade through Tokyo’s busiest streets, beginning and ending at Hie Shrine in Chiyoda.

Huge crowds gather in Chiyoda to witness the Japanese emperor visiting the temple at the parade’s 5 p.m. climax.

A good spot to watch the parade’s progress is the garden in front of the Imperial Palace, which the procession typically passes at midday.

Like June, much of July falls in the rainy season, though this gives way to sweltering summertime by the end of the month.

This is a perfect time to visit Kamakura, situated to the south of Tokyo and connected to the capital’s subway network. Kamakura combines some of Japan’s most beautiful and historic Buddhist temples with long stretches of beach, making it a perfect short trip for visitors to Tokyo. 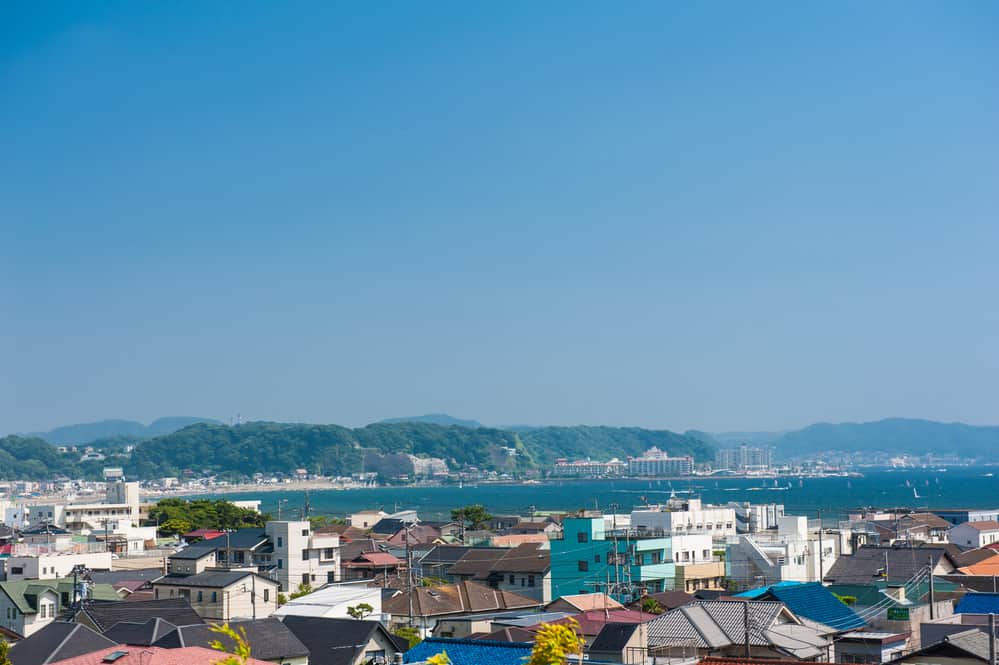 Japan’s best beaches are on the Pacific island of Okinawa.

While Okinawa is a four-hour flight from Tokyo, the island’s culture comes to the capital with late July’s Eisa festival in Shinjuku. This vibrant summer festival features Okinawan dancers showcasing a local culture which is a unique blend of Japanese and Pacific island traditions.

Asakusa is a must-see at any time of year, but late July may be the best time of year to visit Tokyo’s historic temple district, as the month ends with a huge fireworks display. The Sumidagawa fireworks display usually falls on the same day as the Shinjuku Eisa festival, giving energetic visitors an action-packed day.

August is sweltering hot, with the end of the rainy season bringing temperatures above 35°C/95°C.

August is the height of summer and peak tourist season, with both overseas visitors and Japanese tourists flocking to all Japan’s main travel destinations. August is also peak festival season, with a diverse selection of events taking place across the capital.

Yosakoi is an energetic modern take on traditional Japanese dance.

Teams from across Japan gather in Tokyo’s hip Harajuku and Omotesando districts in late August for Tokyo’s largest Yosakoi festival. The elaborate routines are a must-see for anyone visiting Tokyo in August.

Edogawa Hanabi sees Tokyo compete with neighboring Chiba with dueling fireworks displays on opposite banks of the Edogawa river.

An even larger display takes place at the Kanagawa Shinbun festival in the picturesque Minato Mirai area of Yokohama, which is easily accessible via the Tokyo subway network. Kanagawa Shinbun is Japan’s largest fireworks festival, attracting around one million visitors each year.

September is one of the best months to visit Tokyo, as the weather is hot without being as oppressively humid as August. 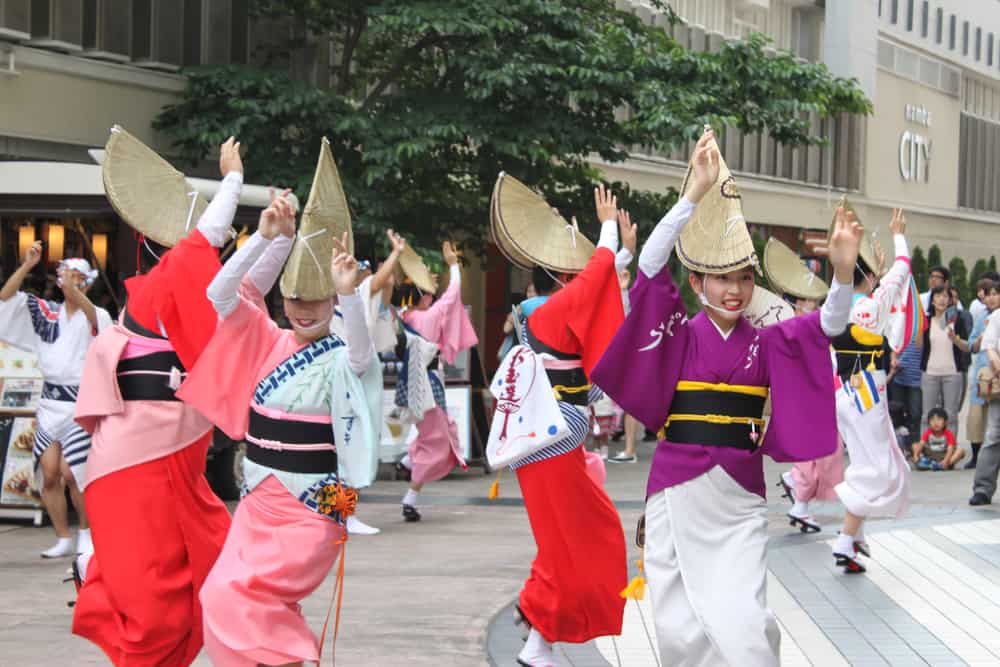 Fukuro Matsuri could be considered a ‘best of’ or ‘taster’ version of the August festivals, as it features synchronized mikoshi displays and a wide variety of traditional and modern dance competitions.

Japan is the spiritual home of video gaming, so gamers visiting in mid-September will want to check out the Tokyo Game Show.

The biggest companies in the video game industry converge in Tokyo for a huge conference where they show off many of the new titles that will be released in the year ahead.

Although real-life Mario Karting is possible all-year round, combining it with the Tokyo Game Show makes September the perfect time to make a gamer’s pilgrimage to the Japanese capital.

September is your third and final chance to catch sumo wrestling at Tokyo’s famous Ryogoku Kokugikan.

Japan has embraced several Western holidays, none more so than Halloween.

Japan’s affinity with cosplay reaches its apex on October 31, with huge crowds gathering to party on the streets of Shibuya. There are also family-friendly parades throughout the Tokyo metropolitan area, with the biggest taking place in Kawasaki.

Halloween is also the perfect time to visit Tokyo Disney Land, with visitors flocking to its Halloween parade. Tourists who would rather avoid the crowds and visit Disney Land at a less busy time should definitely keep away during Halloween weekend though!

The Tokyo Motor Show is held once every two years and attracts huge numbers of car lovers with the world’s latest automobile innovations.

Finally, October provides the yang to the ying of the spring’s cherry blossom festivals, with huge crowds flocking to Tokyo’s parks to see the leaves’ autumnal color change.

As with the cherry blossom festivals, the best places for leaf viewing are the parks at the Imperial Palace, Shinjuku Gyoen, Ueno and Yoyogi.

The fall leaf viewing season continues throughout November, so visitors to Tokyo should visit one of the city’s main parks.

Icho Namiki Avenue is another popular place for leaf viewing. This long street runs between the upmarket areas of Gaienmae and Aoyama Ichome and is lined with ginko trees, the leaves of which are particularly striking in the fall.

A more traditional festival takes place in early November at the Meiji Shrine beside Yoyogi park and Harajuku.

Traditional activities such as archery and sumo wrestling are showcased at this three-day event that provides visitors with a taste of Japan’s rich cultural history.

Christmas is another Western festival which has been embraced in Japan, with many parks and businesses throughout the city adorned with Christmas lights throughout December.

Elaborate Christmas lights can be found throughout the city, but the displays at the Tokyo Dome, Tokyo Midtown and Yebisu garden place are among the most popular.

Visitors to Tokyo can also catch a rare glimpse of the Emperor in December.

December 23 is the Emperor’s birthday, which is a public holiday throughout Japan. The Emperor marks the occasion by addressing crowds at the Imperial Palace.

Tokyo is a huge city with much to offer visitors at any time of year. Whenever you visit, there are sure to be unique events which can make a visit to Tokyo an unforgettable experience.